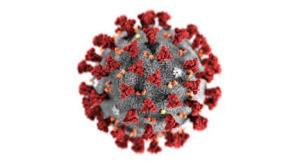 Panola County Emergency Management director Daniel Cole, along with other officials closely watching the State Dept. of Health’s daily postings of Mississippi and each county’s positive tests returns, was relieved to see a single digit release for Panola on Sunday.

Statewide positives for the coronavirus were 226 with five new deaths. This was a drastic decrease in reported cases each day last week as Mississippians prepared for the Independence Day holiday. Officials worried that holiday gatherings would increase the spread of the virus, especially between those carrying the strain but without any symptoms of the COVID-19 infection that has nominal negative health effects on some people and ravages the respiratory system of others, occasionally proving fatal to some patients.

In Panola County, just five new cases were reported. This follows four days of double digit cases, and a total of 91 reported positives from Tuesday to Friday. The five new ones were from data gathered by state health officials through Saturday afternoon.

Panola County has a recorded 350 cases of coronavirus infections, with six deaths, since the March 11 beginning of the Health Dept.’s data gathering. Some of those positive patients experienced very mild symptoms, some no symptoms, with few requiring hospitalization. As is the case nationwide, a great majority of the reported cases in Panola have recovered and now have no symptoms.

Some stores were closed part of the weekend – the largest being the Love’s Travel Stop at the North Batesville exit – because of positive cases in staff or customers who caused exposures, and more will likely continue sporadically as the Emergency Management office works to identify outbreaks in the county, including industries and service-based businesses.

The Board of Supervisors are scheduled to meet Monday morning at 9 a.m. for their required first of the month meeting and will likely hear an update from Cole about the overall coronavirus reach in Panola County, and what actions county government should be taking to slow the spread.

Below is a breakdown from the MSDH for each county’s positive tests and deaths as of Saturday afternoon.

Detailed reporting of long-term care information will resume on Monday.

The numbers in this table are provisional. County case numbers and deaths may change as investigation finds new or additional information about residence.

Mississippi investigates and reports both probable and confirmed cases and deaths according to the CSTE case definition.

Confirmed cases and deaths are generally determined by positive PCR tests, which detect the presence of ongoing coronavirus infection.

Probable cases are those who test positive by other testing methods such as antibody or antigen, and have recent symptoms consistent with COVID-19, indicating a recent infection.

Probable deaths are those individuals with a designation of COVID-19 as a cause of death on the death certificate, but where no confirmatory testing was performed.