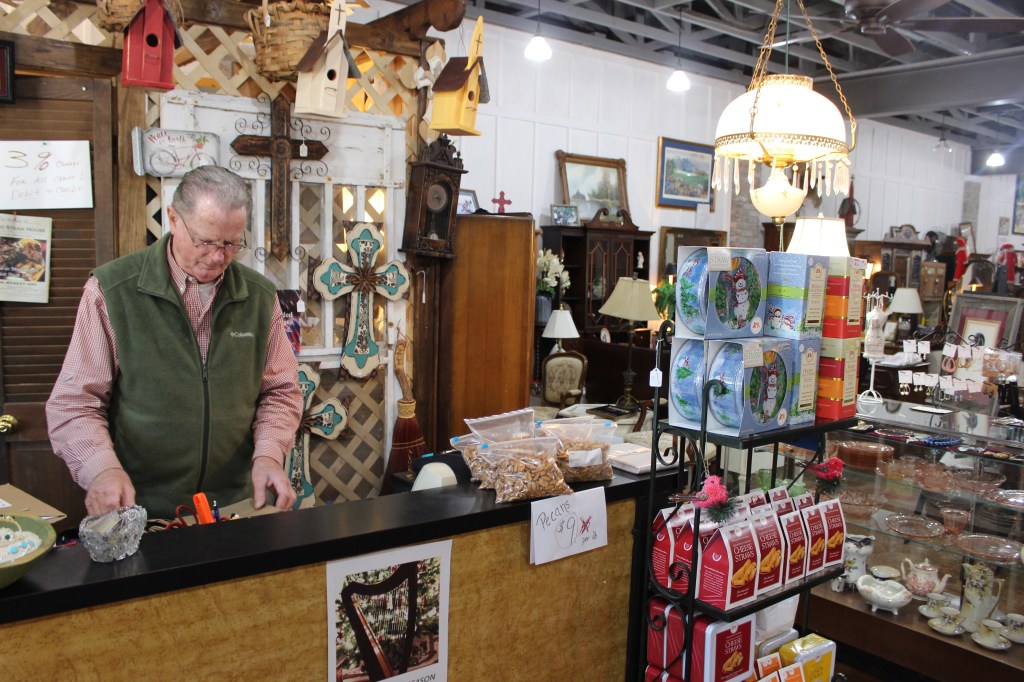 Melvin Crockett, owner of Main Street Antiques & Gifts in Como and a town alderman, is among the many small retailers who understand the importance of having patronage from local citizenry.

Panola County residents have an easy way to avoid long lines and the weariness that comes with shopping after Thanksgiving in the larger cities – be a part of “Small Business Saturday” that local merchants all over the county are prepared for this Saturday, Nov. 30.

The City of Batesville and the Main Street program are urging shoppers to take a look here first. The same for the Towns of Sardis and Como – both of which have a number of small shops with Christmas merchandise for even the longest of lists.

“A big part of our efforts at Panola Partnership is looking for opportunities to help drive business to our local merchants,” said Joe Azar, Partnership CEO. “Our Main Street office in Batesville and the chambers in Sardis and Como have worked very hard to prepare for this holiday shopping season, and the mayors and boards in all our Panola County cities and towns are leading by example and shopping at home for the most part.”

“We understand that families probably won’t make all their holiday purchases in Panola County, but we are always asking people to shop here first. And if you haven’t been to all the shops and stores in Batesville, Como, and Sardis this season you are in for a real surprise. We have some fantastic items on the shelves locally, and many items that can only be bought right here at home,” Azar said.

Small retailers like Melvin Crockett, who owns Main Street Antiques & Gifts in Como, emphasize the importance that shopping locally has for the overall well-being of communities.

Crockett, who also serves as an aldermen in Como, said buying in the county provides those extra funds for local governments to make necessary improvements. “Some people complain about streets, water, sewage, and other services, but they don’t understand that without tax money it’s hard to fix those problems,” he said.

“We need more businesses to have that money for infrastructure, and without the support of local people, none of these businesses can stay,” Crockett said.

The United States Senate unanimously passed a resolution in support of Small Business Saturday a year later. Officials in all 50 states began participating in the event in 2012.

According to the Small Business Saturday Consumer Insights Study, total reported spending among U.S. consumers who said they shopped with independent retailers and restaurants on the day in 2018 reached a record high of approximately $17.8 billion.

The same survey reported that more than 70 percent of consumers are now aware of the Small Business Saturday initiative.

Based on this annual survey over the years, Small Business Saturday spending has now reached a reported estimate of $103 billion since the day began in 2010.

Despite loss to Oxford, Coach Woods upbeat about season