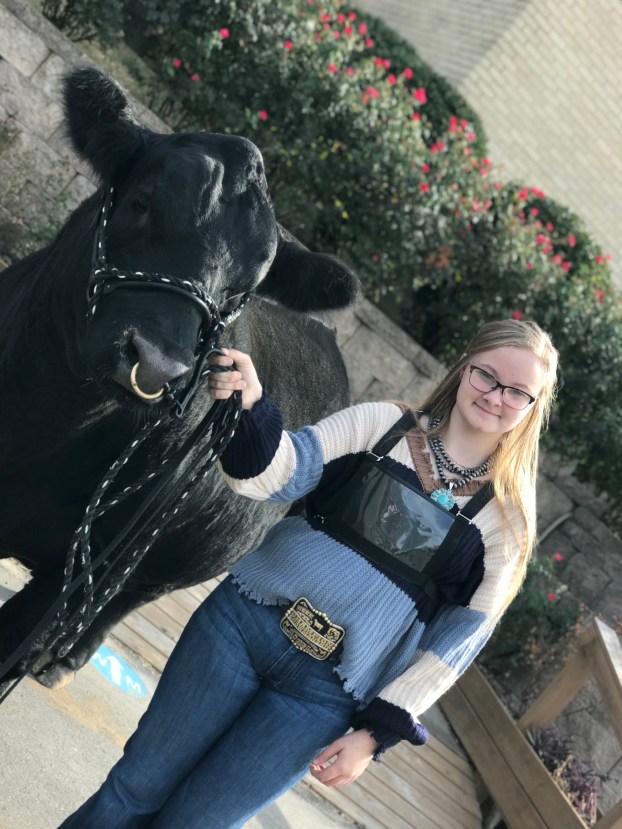 No bull: SP teen has eyes on law career with Guns n Roses

Like many high school students, South Panola’s Elizabeth Rone is working hard to earn a college scholarship combining good grades and extracurricular activities. Some kids work hard at band, some train daily in football or the other big sports, and some take different avenues.

“He’s my pride and joy,” the junior from Courtland said. Rone, with the help of her bull,  CEA Guns n Roses, hopes to become an attorney and practice agricultural law. “And keep raising bulls,” she added.

“It’s her football, this is what she does,” said her father, George Rone. “She’s been around cattle since she was born and it’s just a natural thing for her.”  The family has indulged Elizabeth’s love for showing cattle and raising prize-winning heifers and bulls since she was a child.

At CEA Cattle Company (the initials stand for mother Cammie, Elizabeth, and uncle Andrew) the Rone family has raised several prize-winning show heifers and bulls, but none like Guns n Roses.

October has been an astounding month for the Rones and the bull Elizabeth has raised since his birth in February of last year. Almost two years old now, Guns n Roses was named reserve grand champion the weekend of Oct. 5 at the 2019 Mississippi Angus Preview Show, and followed it up with the top prize at the Arkansas State Fair last weekend.

The big news came this week, though, when the Rones learned that Guns n Roses has been moved into the Top 10 rankings of national show bulls with the chance to win the coveted title of Show Bull of the Year.

“This is really exciting for Elizabeth and for us because usually for a show bull to place in the top five or ten they come from million dollar farms, and here we are down in Courtland,” said mother Cammie. “We are proud of her and all the hard work she puts into her showing.”

A typical day includes rinsing, drying, and brushing the bull’s hair because so much of the judging is based on appearance. Elizabeth gives him a full shampoo about every 10 days and uses a fan to give him a “fluff dry.”

As important as the bull’s appearance and pedigree is the handler’s showmanship, another area in which the 16-year-old has gained a regional reputation for excellence. “I love to show if it’s ours or somebody else’s,” she said.

“At the different shows people ask me to show their bulls or whatever and I like doing that because judges are really hard and you have to be almost perfect to win.” 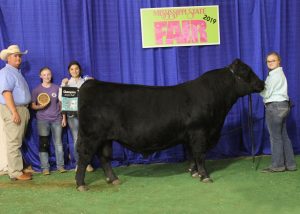 George said his gun safe is full of her buckles – the prizes awarded for showmanship. Her current prize-winning bull is special, he said, and he noticed it from the beginning.

“I’ve never broke one like him,” George said. “The first day we went out he ducked his head and tried to make a move and I put him on the ground. The next day Elizabeth was leading him around like a puppy.”

That CEA Guns n Roses became a prize winner with a demeanor perfect for showing is no surprise, the family said. His mother was raised by the Rones and won numerous first place awards before she was bred with EXAR Blue Chip 1877B – another champion bull.

Elizabeth is preparing for a show in Hattiesburg and the Dixie National Rodeo held in Jackson in February. After that, the bull may make one more major show in Houston, Tex., before the showing season ends.

An active member of the high school’s Future Farmers of America program and the Panola County 4-H, her favorite school subject is English. She doesn’t have much free time, but does manage to work in art lessons also.

How did her bull get his name?

“That’s a funny story,” Cammie said. “She was thinking of a name and then one day she said she was going to name him after this new rock band she heard with a song she really liked.”

“I was thinking, oh, now, what is she going to say? When she said Guns n Roses I laughed and laughed. I told her, honey, they were a new band when I was in junior high school,” Cammie said.

The name stuck, though, and Elizabeth said she can’t think of calling him anything else.

“I’m really proud of him and I hope he gets top five,” Elizabeth said. She plans to continue raising and showing bulls in junior events until she turns 21 and competes in open shows.

As for Guns n Roses, he can expect a nice retirement in coming years. The Rones have already been offered thousands for him – there are of no shortage of buyers standing in line – but said they won’t sell a part of their family.

Instead, the bull will be handled by professional breeders who will, over time, make his services available to other show cattle producers, resulting in an income stream that Elizabeth plans to use in helping grow CEA Cattle Company. 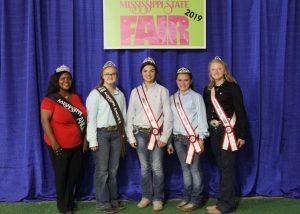