Business owner shoots one of two in store burglary 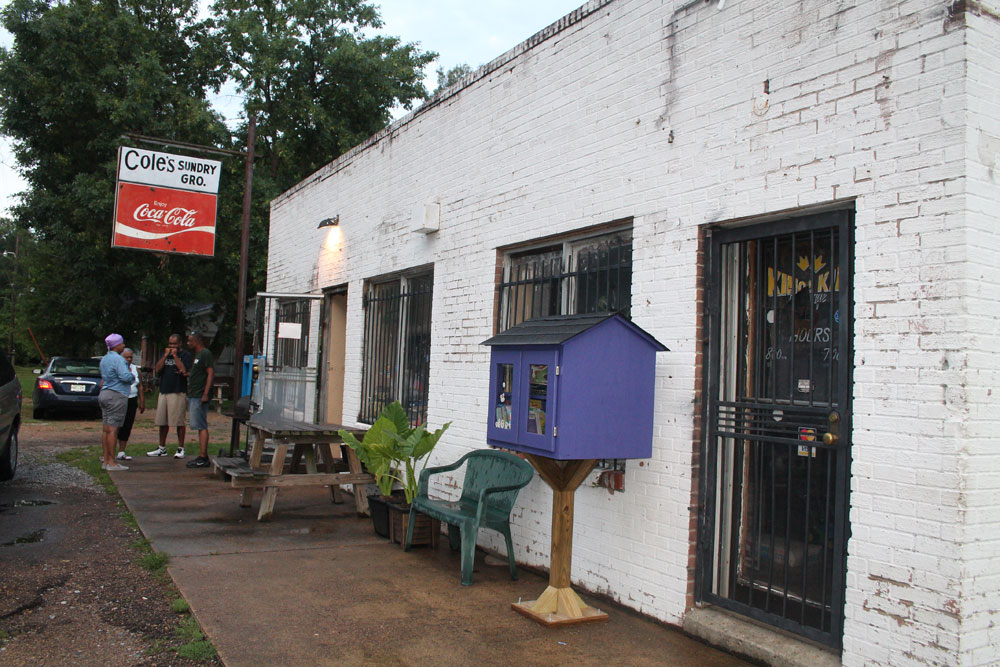 Cole’s Sundry Grocery was the center of voter registration activity during the 1960s. Early Wednesday morning it became the scene of a crime which resulted in one of the perpetrators being shot.

Business owner shoots one of two in store burglary 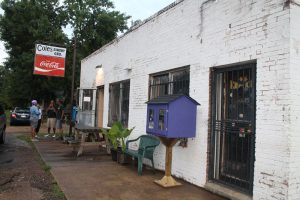 Cole’s Sundry Grocery was the center of voter registration activity during the 1960s. Early Wednesday morning it became the scene of a crime which resulted in one of the perpetrators being shot.

A Batesville business owner fed up with multiple burglaries shot one of two men who broke into his Wood Street store early Wednesday.
According to Police Chief Jimmy McCloud, the store owner slept inside the grocery Tuesday night after burglars had entered the store through the roof early that morning. Around 5 a.m. Wednesday, Farris Cole was awakened by the sound of another break-in. 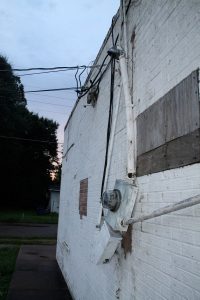 Two or more burglars reached the roof of Cole’s Sundry Grocery by climbing the electric meter and service box, displacing the components as they climbed.

“Two people came through the roof. After he shot the first one, the second one gave up, and he called us and held them at gunpoint until we arrived,” McCloud said. One of the men carried a handgun, according to McCloud and to store owner Edith Cole. The injured burglar was transported to Panola Medical Center where he is being treated for an injury that is not life-threatening, according to the police chief. The other man was placed in the Panola County jail.
Both suspects are age 17, Deputy Police Chief Kerry Pittman said. 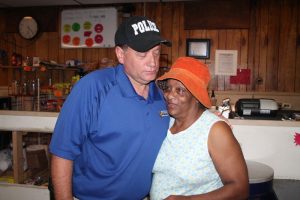 Sometimes when there’s little to comfort a crime victim, a hug will help. BPD Chief Jimmy McCloud embraced Edith Cole as she recalled the series of burglaries that have plagued her store.

Outside Cole Sundry Grocery on Wood Street, officers pointed to the damaged electric meter and service box that the burglars apparently used to climb onto the building’s roof. Inside, Edith Cole pointed to ceiling damage and to the small opening in building’s roof where burglars had removed the kitchen’s vent-a-hood to gain access to the inside. 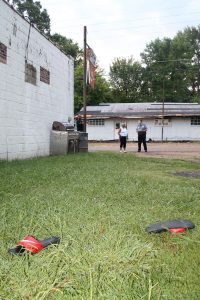 Flip flop sandals vacated on the side of Cole’s Sundry Grocery led to speculation that a third suspect may have been scared into jumping from the roof to the ground.

“I don’t see how those little bodies came through that hole up there,” she said.
Wednesday’s burglary attempt followed three prior attempts where thieves have stolen beer, ice cream and small items.
After the Tuesday burglary, the Coles found partially eaten items on the roof where the burglars apparently stopped to consume some of their loot. Inside, Mrs. Cole pointed to a plastic bag left from the Tuesday burglary where thieves had removed drinks from case packaging too large to carry out the hole in the roof and placed them into plastic bags for easier removal.
Mrs. Cole said that usually the damage created in the forced entry costs more to repair than the value of the merchandise stolen. Each burglary is a separate insurance claim with a high deductible that must be paid before they receive compensation for their losses, according to the store owner.

Once burglars reached the top of the building, the removed the kitchen vent-a-hood and dropped inside where they found the owner waiting with a gun.

“You can’t charge that much because folks down here don’t have any money,” she said.
“It’s other folks they’re taking things from, too, Mrs. Cole continued, citing a recent burglary at Westside Cleaners.
A pair of flip flop sandals left on the outside the building on the side opposite electrical service led Mrs. Cole to wonder if a third person had still been on the roof and had jumped down to escape.
During the 1960s, the Cole Sundry Grocery building housed the Thomas Sundry where owners Mr. and Mrs. Lamar Thomas hosted civil rights workers who came to Panola County for the Freedom Summer voter registration efforts of the Council of Federated Organizations (COFO). The Thomases provided meals and occasionally, lodging for summer workers who also operated a “Freedom School” in the Masonic Lodge building next door.