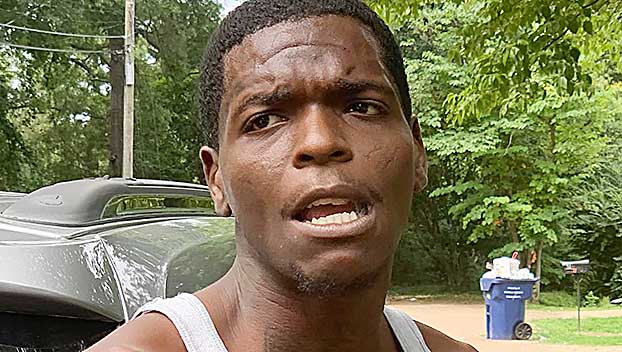 A man accused of shooting his father in the back was arrested Thursday after a two-day manhunt, Mississippi sheriff’s office deputies reported.

Panola County Sheriff’s Office deputies announced the arrest of Markevious Robinson who police say shot his own father in the back during an argument Tuesday at a mobile home.

Robinson was arrested in Batesville Thursday afternoon after multiple agencies were searching for him. He was charged with aggravated assault, attempted armed robbery and kidnapping.

Robinson is on parole for a previous criminal conviction. Police had considered him armed and dangerous during the manhunt and indicated additional charges against him may be pending.

The shooting occurred Tuesday at a residence between the city limits of Batesville and the Courtland community in Panola County.

Details about what led up to the shooting or the condition of the man were not immediately released.