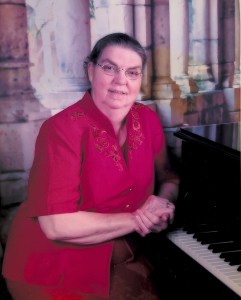 Evelyne Hyde Waldo, 81, of Batesville, MS, went home to be with the Lord Tuesday August 2, 2022 at 2:38pm surrounded by her loving family.  The family will receive friends Thursday August 4, 2022 from 12pm until 2pm with the funeral service immediately following at 2pm, all at Faith Tabernacle United Pentecostal Church, 360 Hwy 35N Batesville, MS 38606. She will be laid to rest beside her beloved husband, John, at Forrest Memorial Park.

Evelyne was born January 8, 1941 in Pope, MS to the late Tommy B. Hyde and Evvie Ray Hyde. A graduate of Batesville High School, Evelyne married the love of her life, John Harley Waldo on October 9, 1965 and they shared 55 years together until his passing in 2020. Evelyne was a faithful and active member of Faith Tabernacle United Pentecostal Church in Batesville for nearly 60 years where she served as music director for many years and secretary/treasurer for over 50 years. Evelyne loved the Lord with all her heart and made His mission, her mission, to see souls saved. She was a strong witness for the Lord, ministering to numerous people while in the hospital and even at home, the day before she graduated to glory. She believed firmly in the promise of Acts 2:38 and proclaimed it’s message to everyone she could. One could say her last moments on earth were proclaiming the gospel as she made her flight at 2:38pm. Evelyne was a loving and generous person who’s life cannot be measured here. Her crown in eternity, will hold many stars.

In addition to her parents, Evelyne was preceded in death by her husband of 55 years, John Harley Waldo, three brothers, Rowland Hyde, Joseph Hyde, and Clinton Hyde, and one sister, Christine Hyde.

In lieu of flowers, the family requests that memorial contributions be made to the John Harley Waldo building fund at Faith Tabernacle United Pentecostal Church. Online donations may be made by by visiting the following link: Faith Tabernacle Online Giving. You may also text to give by texting the amount and BUILDING FUND to 84321.