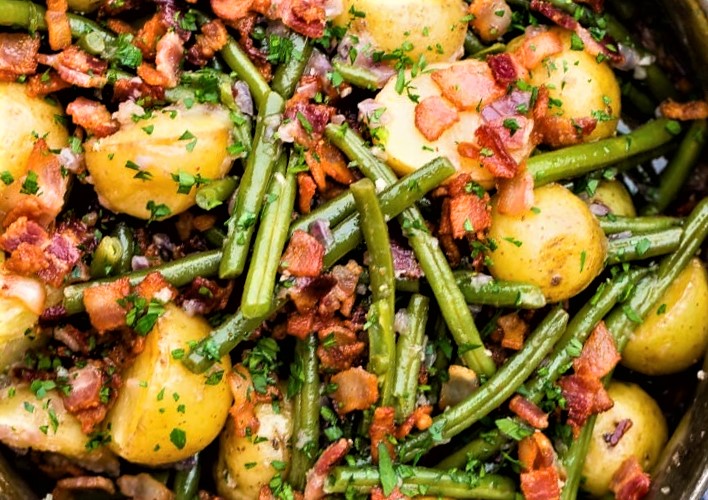 Any untimely passing is sad but made even worse upon learning the person died tragically. Such was the story of Naomi Judd, beloved singer and actress, best known as the “dancing Judd” who harmonized with her daughter, Wynonna.

What many don’t know is that Naomi was an amazing cook – so good, in fact, that she authored a cookbook in 1997 entitled “Naomi’s Home Companion” at the height of the Judds’ fame.

Instead of focusing on the headline-making facts of her death, I reread the book filled with, as she described it, “favorite recipes, food for thought and kitchen wit and wisdom.”

I purchased the book in 1997 after meeting her and her daughter at a pre-concert meet-and-greet backstage at Mississippi Coliseum in Jackson. Wynonna was touted as the best singer of the duo, but that night, everyone’s attention was focused squarely on the diminutive Naomi. She was luminescent in a short, white dress featuring a twirly skirt and millions of sequins.

When it was my turn to walk up to the mother and daughter for a group photo, I vaguely remember hearing “Aren’t you sweet!” and possibly, “Bless your heart!” as I awkwardly blurted out that she had a beautiful complexion.

Besides her genuine warmth, she struck me as one of prettiest women I’d ever seen.

I bought the cookbook primarily to see photos of Naomi’s celebrity kitchen but was soon enthralled by her stories of cooking favorite meals for her husband, Larry Strickland, former backup singer for Elvis, health tips (she was discovered while working as a nurse), tales of growing up poor in the south and pages and pages of down-to-earth and quite useful life tips.

One that’s stuck with me over the years was her advice to “never let others tell you who you are.”

After hearing of her death in April, I pulled out Naomi’s Home Companion and flipped through the pages filled with upbeat commentary and as stated, very practical advice on how to successfully navigate life.

I’m not sure what happened in the years between 1997, when she and her daughter appeared on top of the world and her upbeat words inspired me and her decision a few months ago to end her life. I’m truly sad she felt alone and sad at the end. However, I’m happy that her words and especially her recipes will endure through her book.

Here are three of my favorite “Naomi recipes” – hopefully they’ll spread love and positivity in your kitchen and in your home.

In a medium saucepan or skillet, melt the butter over medium heat. Add the onion and celery and cook stirring occasionally, until softened, 8-10 minutes.

Stir in the sage and the 1-3/4 cups water. Bring to a boil and then stir in the stuffing mix. Remove saucepan from heat and let stand for 5 minutes. Stir the stuffing with a fork to fluff.

Preheat the oven to 350 degrees. Grease a 13×9” baking dish. Meanwhile, cut a slit in the side of each chop to form a pocket. Stuff each chop with about ½ cup of stuffing. Place chops in the prepared baking dish and spoon remaining stuffing around the chops. Cover the dish with foil.

Bake in 350-degree oven until chops are tender and no longer pink in the middle, about 40 minutes. Remove foil from the dish and bake another 10 minutes.

Naomi’s note: “When Larry has a difficult day, he’ll call home and ask for (this dish), his comfort meal. The more things change, the more they remain the same.”

Kara’s note: I don’t care for sage, so I substitute rosemary, thyme, oregano or other spice.

Water as needed, about 3 cups

In a large pot, cook bacon to render the fat and then remove the bacon to paper towels to drain. Stir in the green beans and onions, if using, and cook until beans have absorbed some of the fat and turned bright green. Then add enough water to come to within 1 inch of top of beans. Cover and cook over low heat until almost done, about 1 hour.

Add the potatoes, salt, pepper and more water if necessary. Cook until the potatoes are done, about 15 minutes. If you want, scatter bacon pieces over the top.

Naomi’s note: “Mama made this summer meal of green beans and potatoes, with sliced tomatoes, fresh corn on the cob and a pan of cornbread.”

In a medium saucepan, bring water to a boil. Stir in the Jell-O until dissolved. Remove from heat. Stir in fruit cocktail, banana and nuts.

Pour into an 8x8x2-inch square baking pan or 4-cup mold or bowl or 7 1/2 -cup molds. Refrigerate until firm, about 4 hours. If you want the fruits and nuts to be evenly distributed, first chill Jell-O-O without any additions, for 30-40 minutes.

Naomi’s note: “Growing up, Wynonna loved Jell-O-O salad- she still does. One day I didn’t have her Jell-O-O salad on the second shelf in the refrigerator and she hollered at me, ‘Mommy, you don’t love me anymore!’ Isn’t it funny who we show love for each other and how we’re comforted by little things?”

Kara Kimbrough is a food and travel writer from Mississippi. Email her at kkprco@yahoo.com.