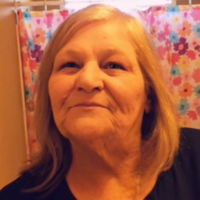 Funeral services will be held at 2  p.m. on Wednesday, July 20, in the Martin Willingham Memorial Chapel of Wells Funeral Home with the interment to follow at Surretts Cemetery in Arkabutla. The family will receive friends two hours prior to the funeral service.

Roxie was born on April 21, 1958 to the late Carl Starkey and Ruby Lemons Starkey in Arkansas. She lived a simple life, spending time with her granddaughters and her precious great granddaughter most days and fishing at the lake when the weather was nice.

The family left behind to cherish her memory include her daughter, Cindy Bell (James) of Strayhorn; three sisters, Louise Jaco of Coldwater, Alice Youngblood of Coldwater, and Carlette Starkey of Senatobia; four brothers, Wayne Starkey, Johnny Starkey, and Steve Starkey all of Eudora, and Buck Starkey of Hernando; three granddaughters, Kaeleigh O’Neal, Britney Bell, and Summer Bell; and one great granddaughter, Addilynn O’Neal.

Along with her parents, Roxie is preceded in death by her husband, Ted Medlin and one son, Marvin Medlin.