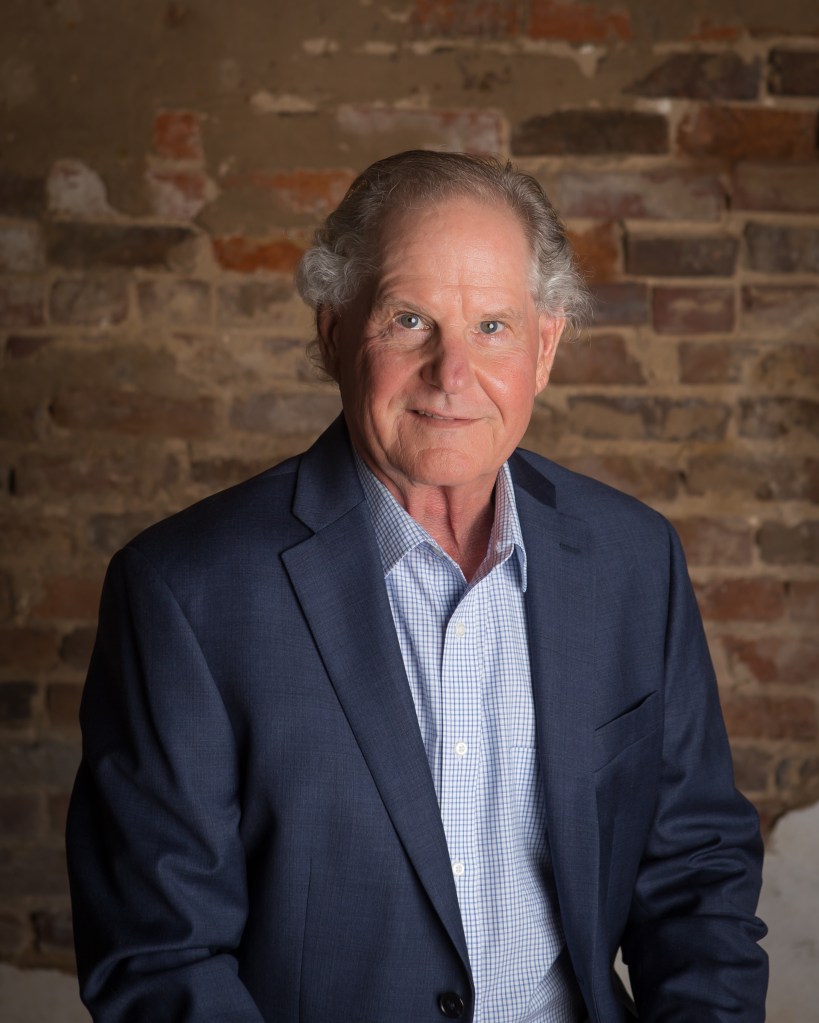 Richard Darby is a member of the college’s class of 1970. Raised in Sardis with sister Rita Darby Henley, he is the son of Richard Price Darby and Bobbie Nell (Thomas) Darby, who also have a scholarship in their names at Northwest.

Darby graduated from North Panola High School in 1968 and enrolled in the fall of 1968 at Northwest to study accounting, despite an admitted lack of interest and skill with numbers. He recalls Kitty Wait, then-head of the accounting program, kindly encouraging him to identify a different field of study at the end of his first semester. He chose history and was successful in his studies.

After earning his associate degree from the college in 1970, he enlisted in the Army National Guard and traveled to Fort Bragg for six months of training. From there, he was transferred to Fort Knox in Kentucky before being assigned to the Company D 1st/108th in his hometown of Sardis.

The school semester had already begun by the time he arrived back from Fort Knox, so he went to work for Chromcraft until he could enroll at Delta State University. While at DSU, he earned a bachelor’s degree in history and took a teaching position at Horn Lake High School for two years, followed by four years at North Panola High School as assistant principal.

Simultaneously, he was working to earn his master’s degree in school administration, serving Sardis as an alderman, attending Officer Candidate School with the National Guard, earning a diploma for branch certification and advanced branch certification, and completing Command and General Staff College with the 2nd Army.

In 1978, he was hired in Research and Development at Northwest. He worked under President Henry B. Koon for more than a decade. Darby describes the late President Koon as very ambitious, noting his extensive contributions to the college, including opening Northwest’s DeSoto, Oxford, Ashland, and Olive Branch locations.

Despite falling under Research and Development, Darby was a true jack-of-all-trades on campus. He assisted with grant applications, worked with recruiting, and was even charged with keeping records on all the college’s cattle.

“Northwest had a big cattle operation at that time,” Darby said. “I’d actually get out there on a horse with my tie on and a clipboard.”

When the college purchased the land for the Olive Branch location, President Koon asked Darby to oversee renovations that were underway to get the site student ready. Welding and commercial truck driving were the first programs to find a home there, but it was the aviation program he was tasked with implementing that proved to be a challenge.

Seeking approval from the Federal Aviation Administration (FAA) to teach aviation mechanics was a rigorous process that had him personally on the hunt for each individual component of an airplane, 15 times over – enough for each student in the program. He worked connections and made a trip to an aircraft graveyard in Arizona, finally earning FAA approval for the program after an intensive year of work.

After President Koon’s abrupt passing, Darby decided he was ready for a change. By that time, he had risen to the rank of major in the National Guard. Passionate about his hometown of Sardis, he set his sights on running for mayor. He won the position, and his days were busy, serving the city full-time and the National Guard part-time.

In his three terms as mayor, he tackled big projects, including the overhaul of the city’s sewer system and the opening of the Sardis Lake Marina. Working with a small budget, Darby went after grant money, a skill he learned while employed at Northwest. The marina, in particular, is the project Darby is most proud of from his days leading the city. The monumental project took a total of 14 years to complete, requiring much back-and-forth with the Corps of Engineers to obtain the land for the city of Sardis, securing federal funds to get the marina put in, and raising millions of dollars for the required land studies. Interestingly, during one of those studies, a team of archeologists from the University of Mississippi discovered whale bones while searching the land for Native American burial sites.

During his years of mayoral service, Darby served as C troop commander for the 1st/108th over both New Albany and Pontotoc while moving through the ranks serving as major, S-3 over training and then squadron executive officer for the 1st/108th. From there, he was assigned to Camp McCain in Grenada to oversee armor maintenance as a lieutenant colonel.

When he had accrued 28 years in the military, he was offered a severance package and told he could head home. Uninterested in retirement at that time, he instead served two years in the Army Reserves.

After serving two years in the Army Reserves, Darby desired to return to the Mississippi National Guard, where he was able to be reassigned to the Mississippi adjutant general’s office in Jackson. However, he soon received orders requesting his leadership as deputy commander at Camp Shelby in Hattiesburg, and to Camp Shelby he reported for duty. Camp Shelby at that time was a major training facility for troops leaving for Iraq. Finally, in 2004, he retired from the military with a total of 34 years of service.

Now, Darby enjoys living life on 44 acres of family land just east of Batesville in Panola County. A lifelong hunter, he also enjoys fishing, and has fished once a week from May to October for the last 10 years.

Darby is honored by the scholarship established by his children. Having formerly assisted with recruiting for Northwest, he also recognizes the importance of financial assistance for students.

As a result, preference for the Richard Howard Darby Endowed Scholarship will be given to students from Panola County and to those who are not able to receive assistance from public sources.