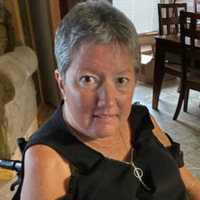 A graveside service will be at 11 a.m. Thursday, June 16,  at Magnolia Gardens Cemetery near Paynes.

Sherry was born November 14, 1965 in Charleston to the late Ira K. Nelson, Jr. and Linda Milam Nelson. She worked for a number of years at the former Batesville Casket Company in Batesville.

Sherry was a member of Sardis Lake Baptist Church who enjoyed being outdoors while swimming, tanning and working in her flower garden. She also enjoyed traveling.

Along with her birth given parents, Sherry was preceded in death by her husband, Danny James Roberts.