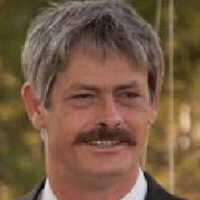 A memorial service will be held at 2 p.m. on Friday, March 4,  in the Martin Willingham Memorial Chapel of Wells Funeral Home.

James was born on Nov. 18, 1964, to the late Gerald Allen and Lula Vee Frasure Allen in Jacksonville, Florida. He grew up in Batesville where he was a 1983 South Panola High School graduate.

“Bo” was employed with McGregor Industrial Steel Fabrication, Inc. as a truck driver and in the maintenance department. When Bo was not working he enjoyed working on cars and flipping old cars. He also liked to hunt and fish. He enjoyed his simple, country life.

Along with his parents, he is preceded in death by his son, James Anthony Allen and one brother, Michael Gerald Allen.

The family he leaves behind includes his two daughters, Krystin Allen (Dustin Robison), and Kayla Allen Hadley (Tim) both of Batesville; two sisters, Barbara Allen Lambert of Batesville, and Joy Allen Cevera of Oxford; a one brother, Jeffrey Allen of Batesville; and a host of nieces and nephews.

Bo’s family meant so much to him and he will be deeply missed by them and all who knew him.