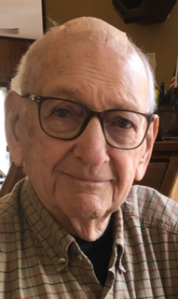 Funeral services will be 11:00 A.M. Saturday, January 22, 2022, in the Martin Willingham Memorial Chapel of Wells Funeral Home with an interment service beginning at 2:00 P.M. at Blocker Cemetery in Olive Branch, MS. The family will receive friends one hour prior to the service on Saturday. PER THE FAMILIES REQUEST, MASKS ARE RECOMMENDED BUT NOT REQUIRED.

John Clark, “John” or “Rock” as he was sometimes called, was raised in Olive Branch and was educated in the Olive Branch Public Schools, Northwest Mississippi Jr. College and the University of Mississippi, where he received his BSME in Mechanical Engineering.

After receiving his engineering degree, he was associated with Allen and Hoshall Consulting Engineers in Memphis with a short stint with Hufft, Ragon and Valentine Consulting Engineers. Here, he was associated with the design of the mechanical systems for the 100 North Main Building and others. At Allen and Hoshall, he was associated with the design of mechanical systems for the Memphis Airport Terminal, The Memphis Light, Gas and Water Headquarters Building, the Cook Convention Building, several projects at the Methodist and Baptist hospitals, the Marshall Space Flight Center in Huntsville, Alabama and many others.

John Clark was licensed to practice engineering in Mississippi, Tennessee, Texas, Florida, Arkansas, Alabama, and Louisiana. He was a member of the Ole Miss Alumni Association where he was instrumental in the formation of the Panola County Chapter and the Engineering Alumni Chapter where he served as President for two years. He also served as a member of the General Alumni Association for twelve years.

Friends and family are invited to come and celebrate the life and passing of John Clark with the knowledge that he has gone to be with the Lord and remember that he tried to live with the old Burl Ives song, “When You Go Through Life, Make This Your Goal-Watch The Donut Not The Hole”.

In lieu of flowers, memorials may be sent to St. Jude Children’s Hospital in Memphis, TN or Wesley Chapel United Methodist Church in Sardis, MS.

This obituary may be altered by my wife and children and I won’t say a word.