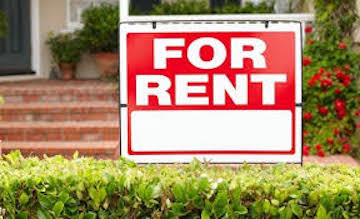 Landlords with residential rental properties in the City of Batesville will soon be required to pay for a privilege license, and register each of their houses with the Code Office. The registration process will begin Jan. 1 and license renewals will be due each April 1 beginning with 2022.

Batesville aldermen passed the measure two weeks ago after months of wrangling between Mayor Hal Ferrell, board members, and citizens who spoke on several occasions at city meetings.

Mayor Ferrell made no secret that he was against the spirit of the ordinance that was finally agreed upon by unanimous vote of the aldermen, saying he believed the new regulations were too far reaching, and was not needed because all of the issues aldermen hoped to solve are already covered under other city ordinances.

Aldermen Stan Harrison was the driving force behind the proposal. He has worked the last two years to convince fellow aldermen that Code Office officials needed more authority to oversee and check rental properties in the city.

Harrison maintained the Code Office needed board authority, in the form of an ordinance and standard policy, to perform routine and special inspections of rental property. Before the new ordinance was approved, city officials had little authority to check many rental properties for safety violations.

Several house fires of late, Harrison, said were a direct result of years of no inspections. Many rentals are inspected regularly because the Code officials are alerted to a change of occupancy when city utilities are changed from name to name.

But some landlords have skirted inspections by keeping all utilities in their own names, or a business name, and never inform the Code Office of occupancy changes.

Chief Building Official Andy Berryhill said there are many properties in the city the Code Office have never inspected. The new ordinance will allow for yearly inspections, and special inspections when the Code Office receives complaints about unsafe conditions.

A few of the city’s landlords vehemently opposed the ordinance and packed city board meetings several times to speak about the proposed rules. In the end, the aldermen agreed with Berryhill that Batesville should follow the lead of other municipalities who require landlords to obtain a privilege license and make their properties available for inspections after notification by the Code Office.

Batesville’s requirements for landlords are lax, compared to many other North Mississippi cities and towns. Here, landlords will be asked to pay a $20 privilege license fee – similar to the licenses procured by other businesses in the city – and give the Code Office a list of all their properties.

Some cities require landlords to pay a fee for each rental unit they own – Senatobia’s fee is $50 per rental unit per year – but Batesville aldermen agreed to waive the per-unit fee.