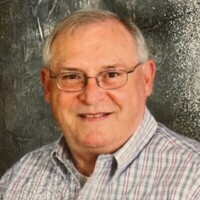 A celebration of  Terry’s life will be Monday, Oct. 4, at the Martin Willingham Memorial Chapel of Wells Funeral Home in Batesville. Visitation will be at 1 p.m., followed by the service at 3 p.m.

Brother Terry and Patricia, his loving wife of 54 years, served the Lord faithfully together in pastoral ministry for decades in Mississippi and the Arkansas Delta. He also served through the years as Vice-President of World-Wide Church Planters, ministering multiple times in Moldova in Eastern Europe and in Mexico. He was pastor of West Acres Baptist Church in West Helena, AR, at the time of this death.

Terry loved to learn and loved to laugh. He loved his family deeply and they loved him. Most importantly, Terry loved the Lord with all his heart, his soul, and his mind. With a steadfast faith, he studied the Word of God and shared the Gospel of Jesus Christ continually. He now sees and knows in full what his earthly mind could only know in part. Praise be to God.

Terry was preceded in death by his parents, R.E. and Bettye Brown. He leaves behind his wife, Patricia Chandler Brown; their daughter, Shannon Brown Ellis (John Paul) of Pope; son, Brian Brown (Judy) of Jackson, TN; four grandchildren, Lauren Brown Morris (Wil) of St. Louis; Lindsey Brown Paris (Clay) of Jackson, TN; Katie Ellis of Pope; Luke Ellis of Pope, and also a student at Mississippi State University; and one great-granddaughter, Presley Morris of St. Louis. He also leaves behind his sister, Dianna Brown Jones (Charlie) of Morton, along with brother and sister-in-laws, nieces, nephews, and many dear friends who loved him.