Cougars come up short against Senatobia 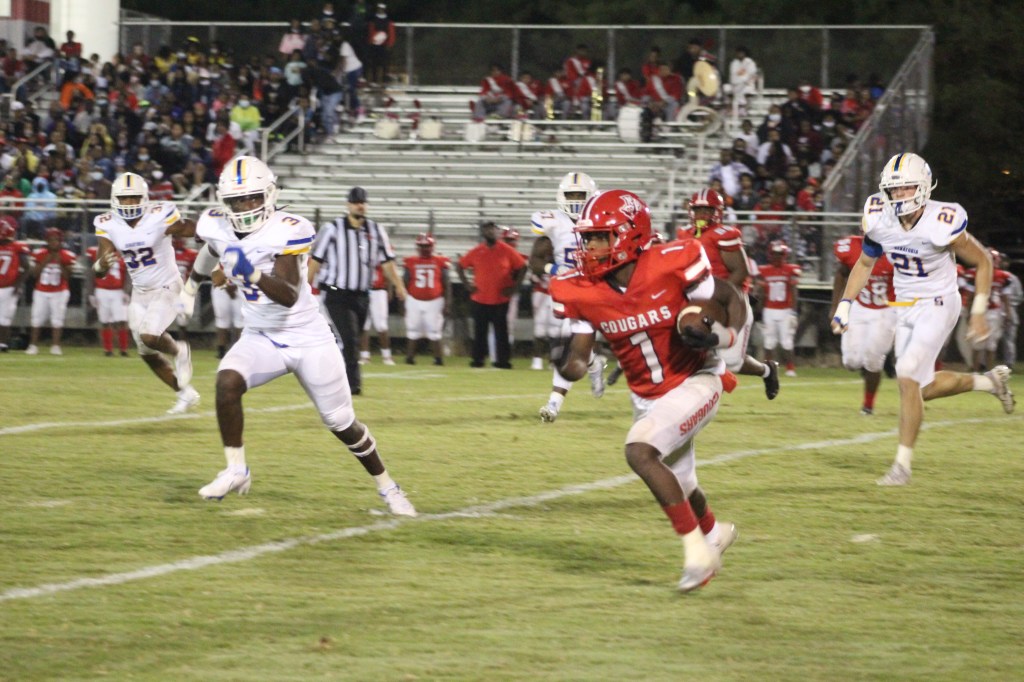 The overflow crowd at Cougar Field in Sardis saw yet another classic between North Panola and Senatobia in the 53rd annual “War on Highway 51” Friday.

Trailing 22-20 with 3:22 remaining in the game, Senatobia quarterback Tyreese Hullette hit a streaking Hunter Mabry on a 45 yard scoring pass before completing a two-point conversion to Khalil Kimble to give the Warriors a 28-22 victory.

The winning touchdown was set up one play earlier as linebacker Carlous Robinson stripped Cougar quarterback QD Walls of the football at the Warrior 45.

Walls got the Cougars on the board with a seven-yard scamper at the 3:25 mark of the third quarter to trim the margin to 14-6 after a failed two-point conversion. Brandon Wallace came up with a fumble recovery that led to the scoring drive.

The Cougars defense rose to the occasion again on the following series as Avery Callicut pounded on a fumble at the Warrior 43. Two plays later, Limekin Walls raced 49 yards for the score with QD Walls adding a two-point conversion to draw even at 14-14.

QD Walls finished the game with  40 yards on 17 carries along with 10-of-28 passing for 84 yards and two interceptions. Limekin Walls was the leading ground gainer for North Panola with 88 yards on 11 carries and two receptions for 14 yards.

Senatobia (4-1) received the opening kickoff and scored on the fourth play from scrimmage with a 34-yard touchdown pass.

The Warriors threatened to add to their lead in the second quarter but were turned away twice inside North Panola territory on a fourth down quarterback sack by Kyan Bailey and a fumble recovery by Tony Davis.

Senatobia rushed for 130 yards and passed for 116 yards on the night while the Cougars tallied 208 total yards of offense.