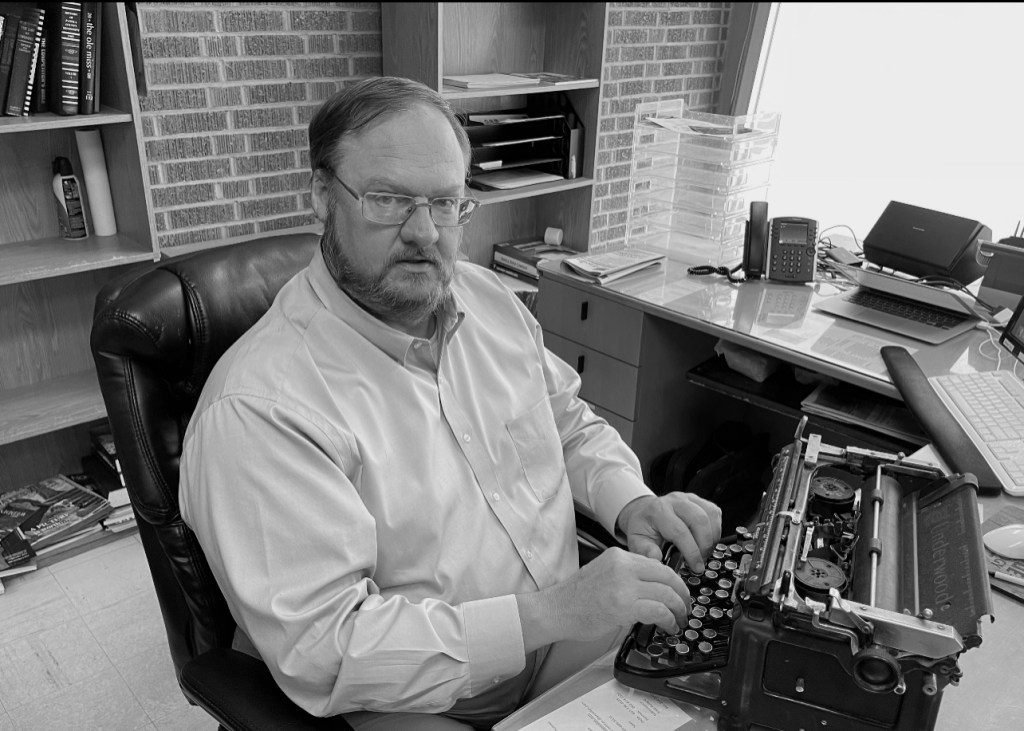 A Bible story has been rattling around my head for a couple of weeks as I contemplate the furor in this country over the vaccines available for Covid-19, and listen in fascination to the rhetoric from both the anti-vaxxers and those who believe all should be forced to take a jab.

In my family, my wife and I have been vaccinated as has one of our children. One son flatly refuses to take a shot, and the youngest isn’t eligible. So our little clan is sort of a microcosm of the country with respect to the Covid-19 vaccination, although we don’t argue the matter.

In our household we hold that every person of age should be able to choose whether they want the shot or not, the same as we believe it should be for the rest of Americans.

The constant barrage from both sides, though, is curious to me. Especially the reasons why we should, or should not, trust the government-backed vaccines.

My real wonder is what the reaction of the great masses will be when the next virus sweeps around the globe, perhaps one that kills 10 or 20 percent of the population, and not just 2.5 percent?

If you think the world is crazy now, wait until that happens.

Back to the story  I’ve been thinking about.

The account of Moses and the fiery serpents in the book of Numbers in the Old Testament has some undeniable parallels to this pandemic. The same story, by the way, can be found in the Talmud and the Book of Mormon.

In the story, the Israelites complained and murmured so much (sounds like Baptists) that God sent fiery serpents to bite the people. The serpents were biting all the people, not just the ones that complained.

The people repented and begged Moses to ask God for relief. Moses did, and God commanded him to craft a serpent of brass (only the King James Version says brass, the other versions say bronze) and place it on a pole to be raised in the camp.

Everyone who looked on the serpent lived, and those who did not died.

The careful reader will notice that God did not remove the fiery, deadly serpents, he just made a way for all that were bitten to live and not die from their bites.

No, I’m not comparing the brass serpent to the vaccines. Any inference that I’m suggesting God has provided a vaccine that will keep you from dying should you choose to take it would be drawn incorrectly.

Rather, let’s think a little deeper. I’m most interested in why some people chose not to look upon the serpent Moses made. I wonder why they would not look? It didn’t cost them anything, took no physical effort, and was available to all.

And, I wonder if some people who didn’t want to look at the serpent and took the risk of being bitten and dying, were also urging others not to look? What was their motivation?

I really wonder how many holes they dug in the sand, unnecessarily, to bury those who wouldn’t look just because others told them it was foolish? Surely some obstinate Israelites could have lived had they listened to Moses, and not their friends.

I’ve read the story dozens of times in the past few days and still have the same questions.

Remarkably, they are also some of the same questions I have about the vaccination debate now.

What motivates some people to urge others not to take a vaccine? Why is it not good enough for some people to have their own personal beliefs about the shots being dangerous and let others decide for themselves?

In the Moses story the people were not required to have any measure of faith in the serpent. It was a simple proposal – if you looked at the raised serpent you lived. If not, you died.

So then, what caused some to not look? It certainly was not the cost or some great physical labor. Some were probably just hard-headed and wouldn’t have taken any advice from Moses or anyone else. We have those types of people with us even today.

But why not just look? And why tell others to not look?

This is the parallel to our current pandemic that wakes me in the night.

The answers to these burning questions, I suspect, correlates to modern-day thinking rooted in humanism and skewed by selfishness.

Predictably, it has resulted in the digging of our own unnecessary holes, not in sand, but in the rich sandy loam and in the red clay hills we call home.