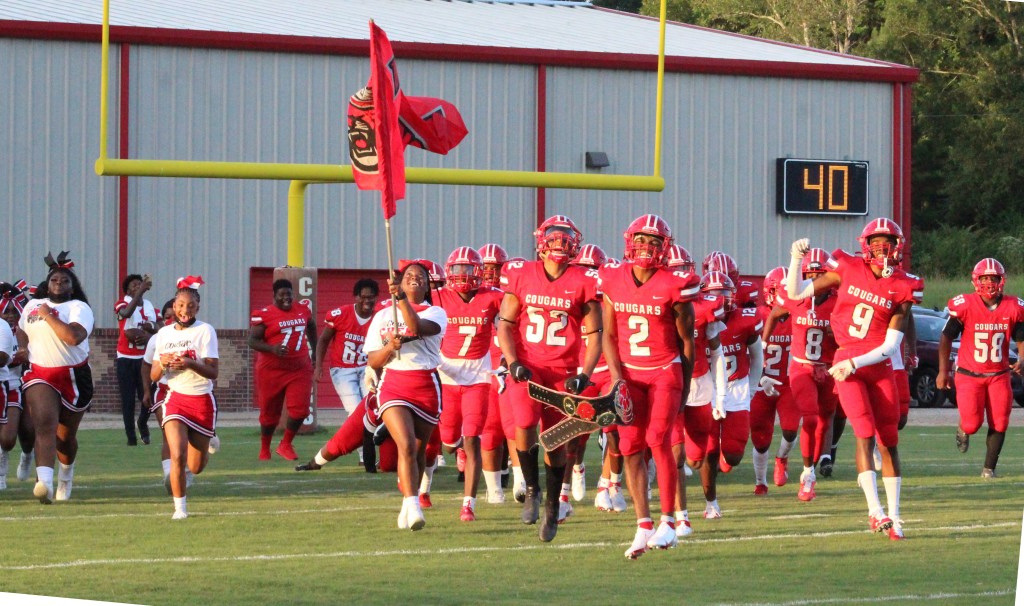 The North Panola Cougars made a successful 2021 football doubt with a  44-0 shutout of M.S.Palmer Friday night at Cougar Field in Sardis.

The game was called by officials with 7:06 remaining in the contest after both teams got into a skirmish following an incomplete pass.

Limekin Walls dazzled the home crowd as the shifty 165-pound running back finished the night with 76 yards on five carries and three touchdowns. The Cougars led 30-0 at halftime.

Junior quarterback QD Walls added 29 yards on three carries while throwing for 54 yards on 5-of-8 passing. Walls also intercepted a pass and raced 30 yards in the third quarter to cap off the scoring.

North Panola held the Dragons to 62 yards of total offense including -9 yards rushing and picked off Palmer quarterback Latraveon Wilbourn three times. Jamarcus Nelson got into the scoring act with a touchdown run in the closing seconds of the first half.

Following a squib punt by Palmer, Limekin Walls got the Cougars on the board with a five-yard run for a 6-0 lead then added another five-yard score as Nelson ran in the two-point conversion for a 14-0 cushion.

North Panola increased its lead to 22-0 with 9:17 remaining in the first half as QD Walls called his own number and raced 24 yards to paydirt before adding the two-point conversion.

With the scoreboard not working, the Cougars ran their two-minute offense to perfection by going 69 yards on eight plays in the closing seconds of the half as Nelson raced untouched for a touchdown then added the conversion for a 30-0 North Panola advantage at intermission.

The Cougars ran one play in the second half with that being a 57-yard scamper by Limekin Wells early in the third quarter to make the score 36-0. Wilbourn was the lone bright spot for Palmer by passing for 71 yards on three completions.