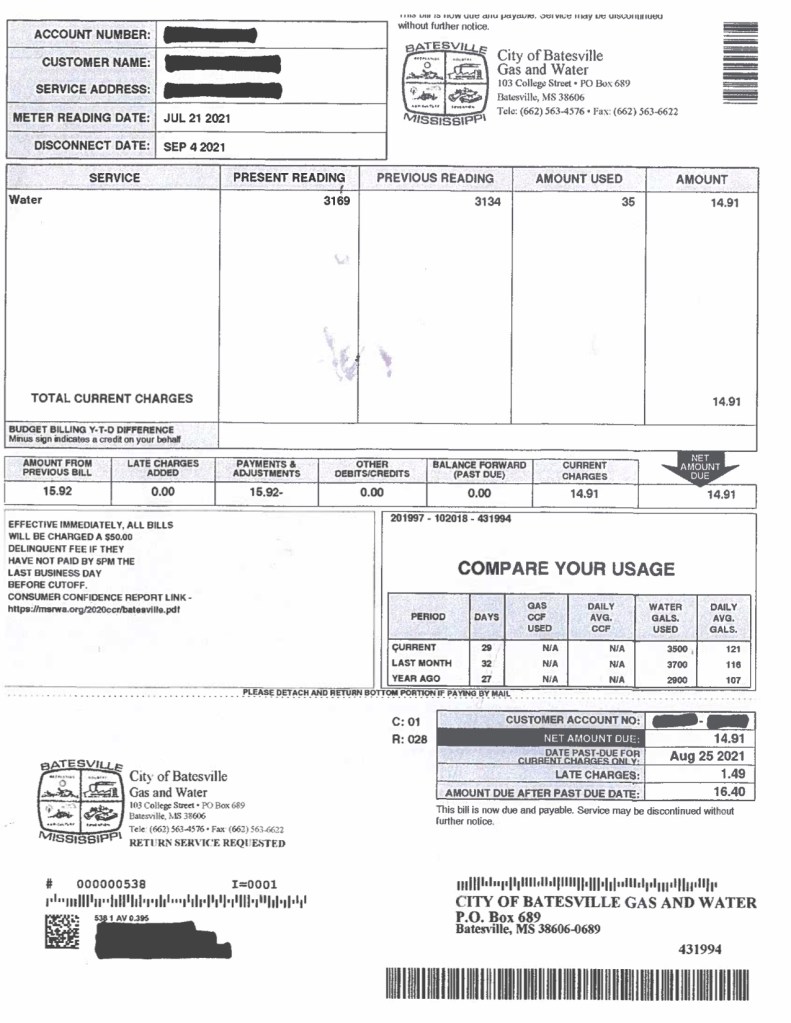 The following was released by Batesville City Clerk Susan Berryhill on Monday to address late utility bills this month:

“Due to numerous phone calls of citizens concerned that they had not received their utility bill due Aug. 25, city hall employees reached out to Pinnacle, the company that prints and mails the utility bills.

The Mayor and Board of Aldermen are allowing five (5) additional days before the 10 percent penalty is added to customers’ accounts. This means if your due date is Aug. 25,  you have until Aug. 29, before the late fee is added.

Payments that are left in the drop box before Aug. 30  will not be charged the 10 percent penalty.

Unpaid accounts will be subject to disconnection on Sept. 8.

Berryhill said the city uploads all billing information to Pinnacle around the 10th of each month, and customers usually begin receiving their statements about the 15th. City hall employees began receiving calls last week from customers asking about the bills.

“Hopefully the added grace period days will help our customers avoid a penalty,” she said.