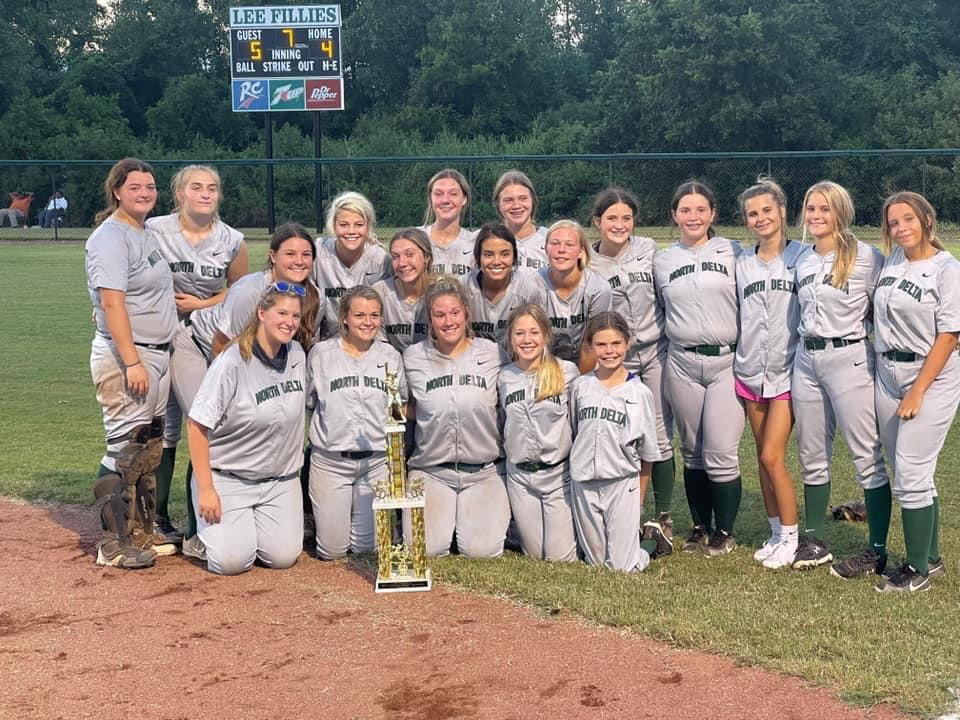 The North Delta School softball team came away with a dramatic 5-4 win over Clarksdale Lee Academy to capture the Lee Academy Invitational Monday and in the process earning a district victory to improve to 2-1 and 5-3 overall.

The Lady Green Wave trailed 3-0 after five innings before knotting the game in the sixth with three runs. North Delta took the lead in the seventh with two runs as Ivy Gibson’s RBI doubled to drive in Lindy Ward. Paizlee Woods followed with a single  to bring in Gibson with a huge insurance run.

Lee Academy answered with a run in the bottom of the seventh and had the tying run at third with one out but could not push a run across.