The return of the Wienermobile highlight of the week 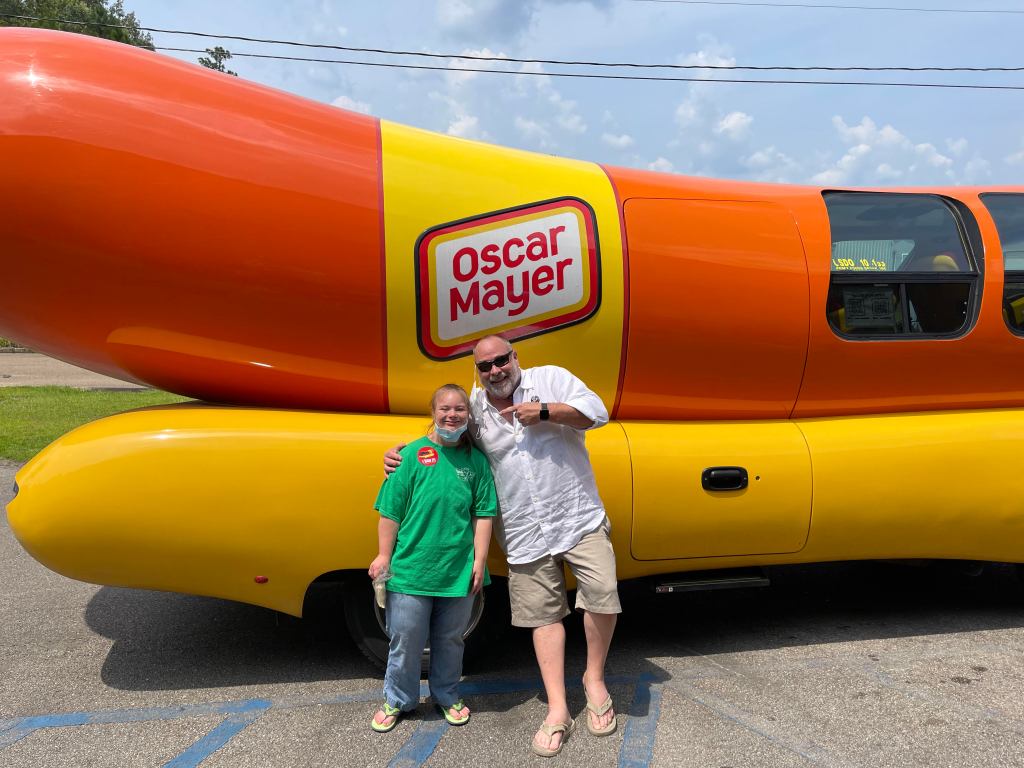 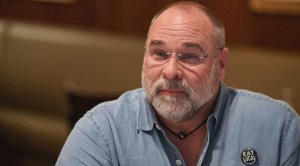 They say, “You can never go back.” I don’t know who “they” are, but last week I actually went back, and in a big way. Some may dream of fame and fortune, others of worldly riches and material things. I just wanted to ride in the Wienermobile one more time.

Eighteen years ago, I spotted the iconic Oscar Meyer Wienermobile parked outside of a restaurant in my hometown. I parked my truck and rushed inside to find the two drivers of the country’s only hot dog on wheels (actually, I learned that there are six Wienermobiles, but who’s counting?). I was looking for two heavyset middle-aged men drinking beer, eating hot wings, and donning Oscar Meyer logoed golf shirts. What I found were two enthusiastic young ladies sitting at a table sharing a salad.

After convincing them that I wasn’t a madman or stalker, just a part-time columnist who had always wanted to ride on the Wienermobile, they agreed to drive me around for the rest of afternoon.

I hopped on board, and we spent the next several hours driving around town. It’s impossible to ride around in a giant hot dog and not garner attention. It’s amazing how many people stop, wave, and take photos while that thing is on the road. The Wienermobile draws attention wherever it goes. It is 27 feet long (55 hot dogs), eight feet wide (18 hot dogs), 11 feet tall (25 hot dogs) and weighs 14,050 pounds (140,500 hot dogs). It can also “haul buns” at 90 mph.

At the time, Hattiesburg had a Lucky Dogs franchise with a drive-up window. I had the girls— Hotdoggers as they are called— pull up to the drive through. The Lucky Dogs employees were taken aback when struck with the culinary paradox of a giant hot dog pulling up to the window of a hot-dog restaurant to order a hot dog. I asked the attendant what type of hot dogs they used. She said they serve Lykes wieners. We booed and hissed. I told her that I was with the wiener police and would be sending an associate to pay them a visit. Then we sped off blowing our wiener whistles at them.

Next, I had the Hotdoggers, Reagan Relish and Monique Mustard, pull up to my daughter’s school to bust her out of kindergarten. As the Wienermobile pulled into the parking lot my daughter happened to be standing outside. Her eyes were wide with surprise as the giant hot dog came to a stop, the gull-wing door opened, and I walked out. She said, “Oh, it’s just my dad” and walked inside.

Later that day we got the Wienermobile stuck in the driveway at my house. It took the Hot Doggers 30 minutes to back it out, but they never panicked and stayed bright and cheery through the entire ordeal.

The Wienermobile is hard to miss. Next to the Goodyear Blimp, it is one of the oldest and most recognizable mobile-promotional gimmicks in existence. Oscar Mayer puts recent college graduates through a grueling interview process for this much-sought-after job as 4,000 people apply for only 12 Hotdogger positions. The Hotdoggers agree to dedicate one year of their lives riding around in a giant wiener, and from both of my experiences they all love their jobs. What’s not to love?

Last week the Wienermobile returned to Hattiesburg. My dream of taking another ride around town was fulfilled. Though this time both of my children have moved away. They wouldn’t have appreciated another ride in that awesome vehicle anyway. I began to wonder where could I make the greatest impact with this next ride in the Wienermobile? Then it hit me the ARC.

The ARC has been around in Hattiesburg for as long as I can remember. It’s an awesome place that provides community-based services to children and adults with intellectual and developmental disabilities. They do great work. It’s run by dedicated people who service a unique and awe-inspiring clientele. I thought, what better purpose than to surprise the clients at ARC? And I could bring them homemade popsicles from our burger concept, Ed’s Burger Joint.

These new Hotdoggers, Cookout Colin and Tasty Tay, were as peppy and upbeat as the previous two had been. We hopped in the Wienermobile with an ice chest full of popsicles and headed to the ARC on what turned out to be possibly the hottest day we will experience this year.

I don’t remember my previous ride being as hot as this ride. Maybe that last ride was in one of the winter months, or maybe it’s just that I am older and fatter. Both can be true. The air conditioner in the Wienermobile may be sufficient for two, fit and in-shape recent college graduates, but for a 60-year old, overweight, man who just put on 20 pounds during COVID it was hot. Very hot.

We pulled up to the ARC facility and there was understandable confusion at first as to why a giant hotdog had pulled up in front of their building. Though, within minutes, the arrival of the Wienermobile received the same enthusiastic excitement I had witnessed 18 years ago when pulling up to my daughter’s school. Everyone loves the Wienermobile. The clients at ARC posed for pictures and I passed out popsicles.

It reminded me of the time I went on tour with my children’s book, “Fred the Red Frog.” For that book-promotion tour I purchased a life-sized mascot suit and brought someone along who always played the part of Fred the Red Frog. The first elementary school I visited for a reading was Hawkins Elementary. At the end of the reading, I asked the kids if they would like to meet Fred the Red Frog. They screamed, “Yes!” Then I cued my assistant dressed in the mascot outfit to come into the classroom. Mayhem ensued. Beautiful mayhem. The kids hugged Fred. They screamed and chanted his name. There was sheer joy in that room. I can remember thinking to myself, “I could do this every day.” That is the exact same feeling I had when leaving they ARC after passing out popsicles from a giant hot dog on wheels.

On the way home we tried to cool off in the Wienermobile. Tasty Tay and Cookout Colin hadn’t broken a sweat. They were two kids from Michigan and Illinois and treated this Mississippi heat and humidity like they’d been living in it all their lives. They were champs.

Years ago, my bucket list aimed pretty low. One of the items on it was riding in the Wiener mobile. I ended up doing that. Are there bonus points for double bucket list fulfillments?

One day I will lay on my deathbed and say, “I didn’t cure cancer, I didn’t resolve the Middle-east peace problem, and I didn’t rid the world of poverty. But doggone it, I rode in the Wienermobile!”