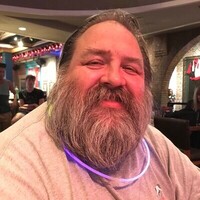 Funeral services were Sunday, May 16,  in the Martin Willingham Memorial Chapel of Wells Funeral Home with the interment in Cold Springs Cemetery near Sardis. The family received friends prior to the service.

Bo was born April 11, 1962, in Memphis to the late Donald and Gertie Louise O’Conner Mathews.

He was a member of the First Baptist Church in Batesville, and worked as a dispatcher for the Panola County Sheriff’s Department.

Bo loved people, but most of all, he loved children. He was affectionately known by many as “Santa” in the community. Bo was always jokester and a hard worker. He enjoyed being outside working in his yard and cutting grass.

Along with his parents, Bo was preceded in death by a brother, Eddie Mathews.