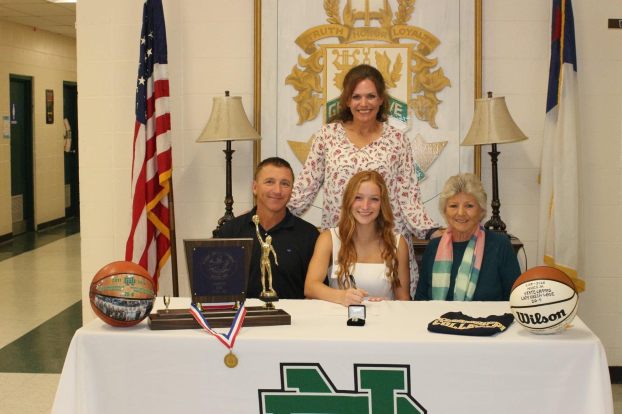 Ally Alford recently signed a national letter of intent to continue her education and play basketball at Mississippi College in Clinton. At this signing were parents Chad and Mandy Alford and her grandmother Sally Link.

Not so long ago, Mandy Alford asked four-year-old daughter Ally if she would like to get signed up to play basketball.

Ally replied,”Sure, momma, what is basketball?”

The rest they say is history.

On Friday afternoon, the six-year varsity letterman signed a National Letter of Intent to play at Division II Mississippi College in Clinton.

Alford also was a member of the Jackson-based AU Jazz team that won their age group National Championship in 2019.

Alford also was selected four-time All-District for the North Delta softball team where she played in the All-Star game in 2020.

This summer Alford will travel to Barcelona,Spain on a one-week tour with USA basketball in June before enrolling at Mississippi College to major in Elementary Education.

The South Panola Tigers snapped a brief four game losing streak while heading into district competition next week with a... read more