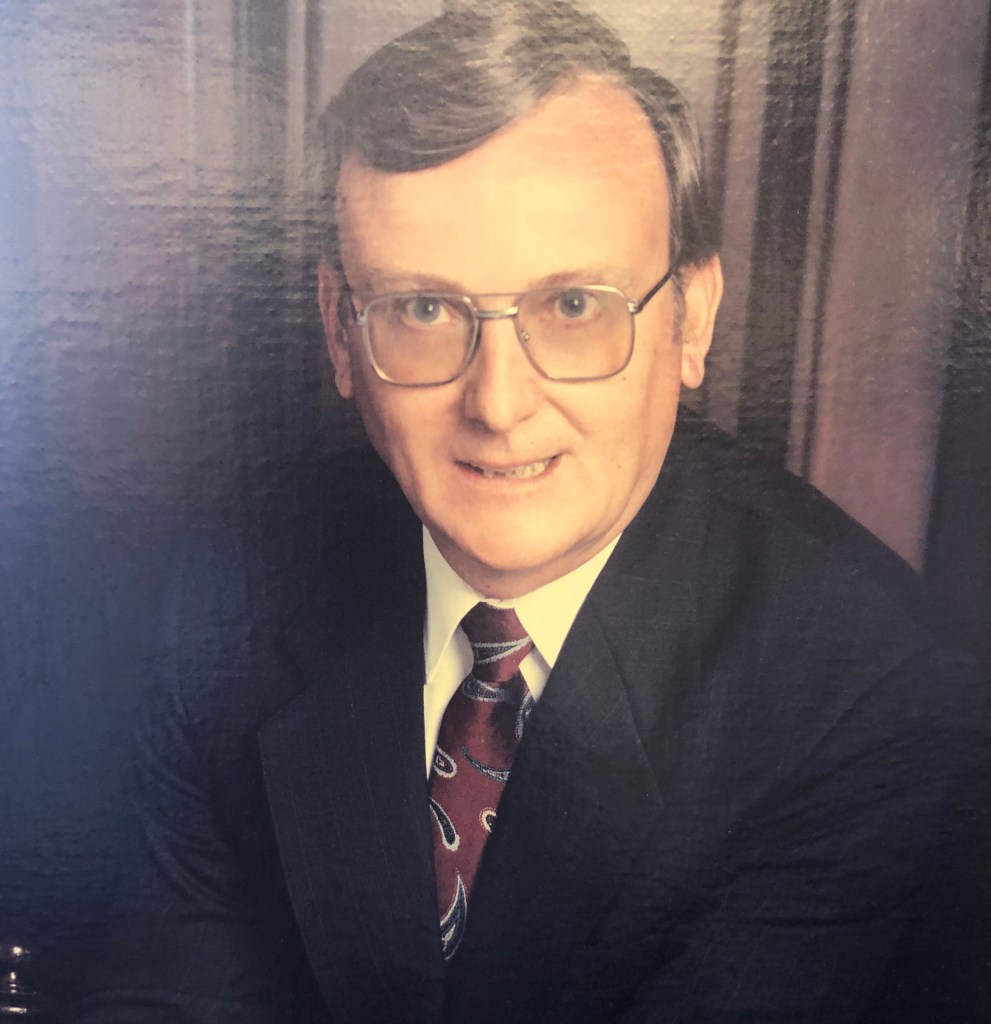 Bobby Baker, credited with leading Batesville on a course of unparalleled economic growth and civic expansion during his 30 years as Mayor, died at his home Sunday, March 14, 2021. He was 89.

Condolences and praises of Baker’s life poured into Batesville from around the county and the state early this week. He is being remembered for his humble demeanor, astute business acumen, dedication to civic projects, municipal leadership, and dapper appearance.

“My daddy rode a horse at night to Pope to get the doctor to come out there and the doctor didn’t get out there until the next morning. The ladies, white and black, there on the farm delivered me,” he recalled during an interview conducted Feb. 24 at his office,” he said. “We didn’t own the farm, but we did live there, and then we moved up on the Mudline. Then they came along and made Enid Lake and had to move. We came up to Chapel Hill and daddy bought 110 acres of land and we still have it.”

In business, Baker bought and sold real estate for 57 years. He was a founding member of the Exchange Club of Batesville, a Paul Harris Fellow with the Batesville Rotary Club, a former Civilian Club member, past president of the Mississippi Municipality Association, and former president of the Northwest Realtor Board.

He enjoyed raising cattle on his family farm near Pope.

Baker was a faithful member of First United Methodist Church in Batesville.

During his tenure, Baker often referred to himself as “this little Mayor” and rarely said outright that he wanted specific things done by his fellow city officials. Rather, he would preface his request with, “I want you to think about something.”

Under his leadership, and with a strong unified coalition of supervisors, aldermen, Panola Partnership officers, and civic leaders, Baker helped bring Crown Cork & Seal, Batesville Casket Company, and many more industries to Batesville.

“We had a Mr. Ferguson who was very conservative, he was an engineer with the highway department, and he was elected way back there. The city had been ultra conservative for a long time and when I went in we tried to open it up and I think we worked well together. We had a good Panola Partnership then, and we do now. The man that runs that is Joe Azar and if you throw a shotgun on me I could tell you his office number, it’s 563-3126,” Baker said laughing, using an expression he often employed that demonstrated his sharp mind, and quick wit.

Dennis Lott, Batesville businessman who worked with Mayor Baker when he was a county supervisor, said he recalls the efforts to bring industry to Panola, especially during the Serta and Dana negotiations.

“I worked with him on several projects and he was always the lead guy because he could talk and put things together,” Lott said. “Without his vision and work, we wouldn’t be much more than Sardis today.”

“We had Mr. Dunlap, Supervisors David Ross Craig, Mr. Heafner, Mr. Pratt, and those kind of people who were putting things together to help bring jobs to Batesville, but it was always the mayor we wanted out front because he was so polished,” Lott said.

Batesville attorney Colmon Mitchell also spent many hours working alongside Baker and those officials on economic development, pointing out that the areas of east and north Batesville were all developed under annexation projects headed by Baker, including Lowe’s, Wal-Mart, and many more businesses.

“Mayor Bobby Baker had the ability and vision to lead the City of Batesville in the right direction and to accomplish the right things, at the right time, and in the right manner. I consider myself fortunate and privileged to have  had the opportunity , as an attorney for the City,  to work with him, learn from him, and most importantly to be his friend,” Mitchell said.

On Wednesday before his death on Sunday, Baker attended the 7 a.m. meeting of the Exchange Club, cheerfully visiting with all members and enjoying discussions about the club’s upcoming Pancake Breakfast on April 4.

“I will make pancakes or boxes to go out or whatever you need me to do,” Baker said. “I wish Gene Wallis (who passed in 2020) was here to help me take up the tickets, though.”

The current Mayor and Board of Aldermen held a moment of silence in Baker’s honor at the regular meeting of the board on Tuesday.

Funeral services will be 3 p.m. Thursday, March 18, at First United Methodist Church. The interment will follow at Magnolia Cemetery with military honors provided by the U.S. Army. The family will be receiving friends at the church prior to the service beginning at 12:30 p.m. until service time.