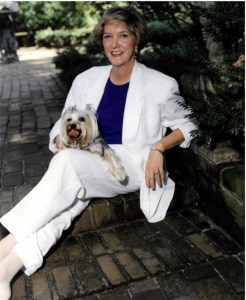 Billie Ann Logue, 81, passed away in Cordova, Tenn., on Wednesday, Jan. 20, 2021. A memorial service will be held on Saturday, Feb. 27, at Courtland United Methodist Church, with burial at Antioch Cemetery near Courtland.

The visitation will be at 2 p.m., and the memorial service will be at 3 p.m. Bro. Hal Johnson will officiate. Special music will be provided by Steve McGregory and family. Memphis Funeral Home of Memphis is in charge of the arrangements.

Billie Ann was born in Courtland, Mississippi to the late Lawrence Cox Logue, Sr., and Lois Dorothy Scott Logue. She graduated from Batesville High School in 1958 and headed to Memphis for a job, sleeping on the couch in her Aunt Clyde Hawkins apartment until she made enough money to get her own place.

Billie worked tirelessly in the mortgage industry most of her life, and through her diligence helped many people reach their dream of becoming homeowners. She took many new hires under her wing and taught them about the mortgage business. She was a “real” professional and fiercely loyal to her customers, her family, friends, and beloved dogs and cats.

When the mortgage industry took a downturn in the 1980’s, Billie returned to her mother’s home in Courtland,  attended Northwest Mississippi Community College, and earned her Licensed Practical Nursing Degree in 1983.

While living there and going to school, she landscaped her mother’s yard and renewed old relationships with family and friends. Upon graduation, she returned to Memphis and worked at Regional One Medical Center for a few years.

However, when the economy allowed, she returned to her old job of underwriting mortgages for Leader Federal/ Union Planters/ Regions. Billie cared for her mother in her home during the last years of her mother’s life. Shortly after her mother’s death, Billie became gravely ill. She recovered, but her illness resulted in amputation to both legs.

Her family and friends gave assistance until she was able to care for herself and return to work. Due to her tenacity and pure stubborn will, she learned to walk without assistance, drive her car, and resume her hobbies of gardening, decorating her beautiful home, and nurturing animals. Her dogs and cats were her children, and they were well dressed and extremely spoiled in every way by their loving mom.

In lieu of flowers, memorials can be made to Humane Society of Memphis and Shelby County, 935 Farm Road, Memphis, Tennessee 38134 (memphishumane.org) or Spay Memphis, 3787 Summer Avenue, Memphis TN 38122.