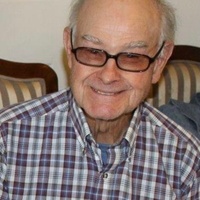 Mr. James O. Jackson, 82, of Darling, owner of Jackson Farms and Muddy Waters Hunting Club, passed away at his home surrounded by the love of his life and his two daughters. Services will be held at a later date.

J.O. Jackson was born in Darling, on April 21, 1938, to Gunnelle Mask Jackson and James Andrew Jackson. He attended Darling School until its closing then attended Marks High School, graduating as Valedictorian of his class.

During his high school years, he was dedicated to helping his father on the farm and greatly enjoyed 4H, especially showing his calves.

At the request of his parents, he attended Mississippi State University for a total of two weeks; however with it being cotton picking time, he yearned to return to the fields and follow his true passion of farming.

He often described himself as a “dirt farmer” since he loved to get involved with the earth and how it worked. His daughter Lisa used to say he always smelled “Farmy”.

He also accredits much of his faming success to his dear friend who was always by his side, David Young.

On August 12, 1957, he and his High School Sweetheart secretly eloped and they resided in his home town of Darling for the rest of their lives raising four children together and being an instrumental part of their grandchildren and great-grandchildren’s lives.

J.O. was a member of Darling Baptist Church where for a time he taught Men’s Sunday School.

Taking great pride in his country, he served in the Army National Guard where he attended officer training school and proudly obtained the title of lieutenant. In the community he served on numerous boards from his children’s school, farming and agriculture, Farm Bureau, ASCS, and many others.

He even traveled to Washington to speak with legislature on behalf of the Agricultural community to ensure the consistent progress and importance of farming throughout the United States.

In his spare time, he enjoyed hunting when they had to pitch tent and rough it in the mud. He could often be found with his father as well as his hunting buddies: Buddy Mills, Goly Henry, Sr., D.A. Mills, Milton McArthur, Leston McArthur, Harold Williams, Robert Williams, David Ford, and Clay Wright.

Once hunting became modernized, he decided it just wasn’t for him anymore. However, he did support other’s love for hunting by maintaining the land and running Muddy Water’s Hunting Camp for others along with his dear friend, Sox Richardson.

He was a very giving man. He taught his family to remain humble, honest, and hardworking through his daily demonstration of these characteristic he himself possessed.

Due to his generous yet balanced soul, he was respected by all who knew him. At home, we share memories of him singing and dancing and spending time with the younger generations he and Tina have been blessed with. He often would say, “Not so many people get the gift to run around with their great-grandchildren”…and all three were his pride and joy.

Upon suffering through the loss of both sons, it was time to hang up the hat and retire. After retirement he still kept up his garden, maintained the home place, chopped wood for the fire, picked and shelled pecans, and enjoyed the beautiful sunsets overlooking the pond in the swing outback.

Every morning, he and his wife would open the front curtains from their bedroom, prepare coffee, and watch the sunrise while they recited, “This is the day that the Lord has made. Let us rejoice and be glad in it.” This special tradition continued up until the day of his passing.

He was preceded in death by his parents, James A. Jackson and Gunelle Mask Jackson; and sons, James “Andy” Jackson, II, and John Casey Jackson.

He loved to read,  and his favorite poem was by Robert Frost called “Two Tramps in the Mud” which we believe couldn’t describe his life and work ethic any better. Thank you all for your support.