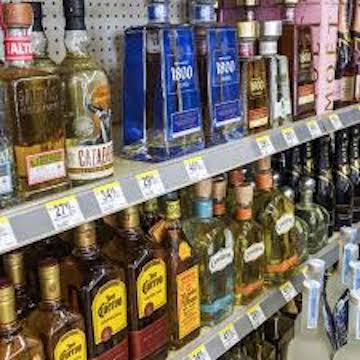 The first application to operate a liquor store in unincorporated Panola County was discussed by the Land Development Commission Monday at the Batesville Courthouse, but board members were unable to reach a decision after hearing objections from a pastor in the Eureka community and others from that area.

Gurpartap Singh submitted the application to operate Eureka Liquor Store at 5700 B Eureka Road. State law was changed this year to allow liquor stores to be opened in the county. Before this year, the businesses had to be located within the incorporated limits of a municipality.

Singh said he intended to add a 1,200 sq. foot building to his existing store (on the west side) and would have a separate entrance for the liquor store. The design of the new building will match the existing store with a glass front and a similar facade and signage.

Rev. Tim Ellis, pastor of Bethany Independent Baptist Church, spoke in objection to the proposed business, reminding the commission that an approval would open the floodgates for additional liquor stores around the county.

“Eureka Road is a crooked road and my church is four-tenths of a mile from this store,” Ellis said. “I have a school out there, too, and we don’t need people driving up and down that road when they run out and need to get more.”

Two homeowners in the area,  Andrew Garner and Phillip Herron, also spoke at the meeting, and said the history of Eureka Community as a faith-based area should be considered before the commissioners allowed the first liquor store in the county to be built there.

Sheriff Shane Phelps attended the meeting and was asked by the board members for his thoughts on the proposed store. Phelps said he understood the property owner’s desire to increase his holdings, but also understood the feelings of the objectors.

“We are going to patrol and keep the peace whether this gets allowed or not,” Phelps said.

Board members were also understanding of both sides’ arguments, and noted that other liquor stores will no doubt be proposed in coming months, also in areas that have never had the type of businesses before the new state law was passed.

In the end, the commissioners tabled the application and asked Singh to return to next month’s meeting with some drawings and building plans for the proposed store. In their discussion, the commissioners seemed to be leaning toward allowing the store to open under the condition the approval would be good for a one-year probationary period, in which time the owner’s license to operate a business could be revoked if the Sheriff’s Office reported unruly behavior at the site.

Board members, among themselves, also discussed the strategy of approving the current application, and future ones, with limitations as a way to have some control of the opening of new stores.

Otherwise, anyone denied application for a new liquor store, could appeal to the Board of Supervisors, who would likely (based on previous decisions) allow new stores with little, or no, oversight.

The State of Mississippi issues licenses for the operation of a liquor business, but it is left to local boards to allow store openings.

The matter will be heard again Jan. 11 at 6 p.m. at the Batesville Courthouse.

In other business, the Land Development Commission:

Batesville’s Main Street Program has released the list of addresses that have applied to be in the Billion Lights of... read more