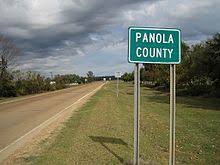 Minority business owners will have access to county contract and maintenance work under a system agreed to by the Panola County Board of Supervisors Monday at its regular meeting at the Sardis Courthouse.

The matter was brought up by Supervisor Earl Burdette (District 2), who said minority contractors have not been given equal opportunity to bid on work the county does, specifically concrete, electrical, plumbing, refrigeration, and similar building projects.

“I’ve had some calls and when I checked it looks like some of these guys may be right, and they don’t have a way of knowing about this work,” Burdette said. “The racial makeup of this county is about fifty-fifty so I think we need to look at that and address it some kind of way.”

The other supervisors agreed with Burdette that all qualified and licensed independent contractors should be given the chance to bid on work routinely needed in the county. State law requires the supervisors to obtain two quotes on any work over $5,000, but no bids are needed for work under that limit, or for labor only.

It’s that work that Burdette says should be more evenly distributed, if minority business owners meet all the contracting requirements and submit competitive quotes. “All of us live in Panola County and I don’t won’t some people to feel like they are left out,” he said.

Supervisor Chad Weaver (District 4) suggested the county administrator’s office compile a list of all local independent contractors who want to be notified when there are projects being considered.

“We need a criteria list and everybody needs to come in and put their name on that list. The main thing is all the county’s work needs to be done by licensed contractors,” Weaver said. “No matter what color you are, we need a list anyway.”

County Administrator Kate Victor said her office would also benefit from a concise list with all local contractors interested in bidding on county work in one database with updated contact information.

“It would be great when these type projects come up,” Victor said.

In other business, the supervisors approved the request of Circuit Court Judge Jimmy McClure, on behalf of the five court reporters in the Circuit Court district, to not fill an open sixth seat and instead split the work, and salary, among the current reporters.

McClure pointed out that he and Judge Smith Murphey each have a court reporter hired and the remaining three mostly handle DeSoto County cases. He said because of state caps on court reporters’ compensation, Panola County would actually spend $13,000 less on salaries if approved.

The supervisors approved the request, and McClure said he has presented the plan to other supervisors’ boards in the counties that make up the judicial district.

About 50 percent of the caseload is in DeSoto County, and about 22 percent in Panola. The other three counties – Tate, Tallahatchie, and Yalobusha – account for the rest. In 2023, the district is expected to be split with DeSoto becoming its own area, and Panola and the others staying together.

Burdette said residents in the area are complaining about the road condition, blaming the trucks who use Springhill as a shortcut road. Road Manager Bruce Cook said he will contact the truckers and remind them to use state aid roads, which are built to withstand the heavier traffic.

If the problem persists, Supervisor John Thomas (District 3) suggested a coordinated effort between the Mississippi Department of Transportation and the Sheriff’s Office to set up observation points and issue citations for illegally using the county road with a loaded truck.

“That should stop it,” Thomas said. “They probably don’t want the DOT over there looking at their trucks anyway.”

The board discussed sundry other routine matters before voting unanimously to enter a closed door executive session that was prompted by a question Supervisor James Birge (District 1) asked Sheriff Shane Phelps – “What do you know about a 16-year-old girl being body slammed?”

Phelps asked when the alleged event took place, but board president Flint asked that the matter be held for executive session, presumably because it involved county personnel.

Board attorney Gaines Baker said the supervisors also need to hear updates on pending litigation as well as an economic development issue.

One curious action taken by the board was a motion made by Flint to cease payments to Jimmy Talent, a youth court designee for Panola County.

“My motion is to quit paying the five hundred a month we’ve been paying him for years and nobody has ever seen him,” Flint said. “It’s a useless salary and he’s never backed up anybody in Panola County.”

Without any further discussion, except for a couple of supervisors asking who Talent is, the supervisors voted unanimously to stop sending him checks Jan. 1, 2021.