Mosque visitors must check shoes at the door 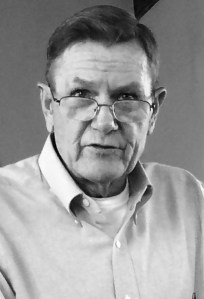 The change ushered in by Recep Erdogan, Turkey’s president, and upheld by the country’s top court, ignited condemnation throughout the Christian world.

The event reminded me of a visit to the Hagia Sophia in 1997 while on a journey to a new job in the United Arab Emirates. I was to set up an office in Dubai and become the area representative of a company operating a squadron of military support ships in the Persian Gulf.

The company was not noted for its extravagance and booked a cheap flight on Turkish Airlines via Istanbul, formerly Constantinople. But their cost-cutting backfired when a flight delay in the U.S. made me miss the first of only two Turkish Air flights a week from Istanbul to Dubai and gave me a 3-day, expense-paid stay in Istanbul.

It was great to have some time in a city with so much history, and the next morning I was waiting with others in the hotel lobby for a tour bus that would take us to some of the more interesting sites in the city.

The first stop was the Hagia Sophia built in the 6th Century about 100 years after Rome had fallen to barbarians. The Eastern Roman Empire, or Byzantine Empire as it came to be called, with its capital in Constantinople, was to survive another millennium till the city fell to the Ottoman Turks in 1453.  It was then that the Hagia Sophia became a mosque.

Its history is impressive, and the structure itself certainly doesn’t disappoint.  The outside view is stunning, and inside, the huge marble pillars and intricate mosaics are breathtaking. The massive central dome seems to defy the law of gravity as hangs there without visible support.

The next stop on the tour was the Blue Mosque which stands nearby and might be considered a companion piece to the Hagia Sophia though it dates from the much later period of the early 1600’s. Its construction so near to the Hagia Sophia is said to herald the triumph of Islam over a converted Christian basilica.

The mosque’s architecture was impressive, and the hand-painted blue tiles which line the interior and give the mosque its popular name were beautiful, but I didn’t think the mosque was as spectacular as the Hagia Sophia.

It could be that my preference for the Hagia Sophia was just Christian bias, but its also possible that my concern over having to leave my shoes outside the mosque made me too nervous to really appreciate its interior.

The fear of being separated from my footwear goes back some years to an incident in a hotel bar in Saigon when I let a slick-talking street kid convince me that he could do a better job of polishing my shoes at his stand outside.  I’ve never forgotten the embarrassment of having to hobble back to the ship in my stocking feet.

After a quick walk through the mosque before scrambling back outside to retrieve my shoes, I caught the tail end of a conversation between a couple from Beaumont, Tex., I had met on the bus and the gatekeepers of the Blue Mosque.  The Texans were complaining that they had not been required to remove their shoes before entering the Hagia Sophia.

They sensed that Christianity had been slighted, but they were off base with that complaint since the Hagia Sophia was then actually a museum, and before that a mosque, and hadn’t been a Christian church in over 500 years.

Mustafa Ataturk, Turkish field marshal and statesman, took the reins of Turkey after WWI determined to set a new course for the country then called “the sick man of Europe.” He removed Islam from administration and formed a secular government based on western models that ushered Turkey into the modern world.

It was Ataturk who in 1935 made the diplomatic gesture of allowing the Hagia Sophia to become a UNESCO World Heritage Site thus removing the contention that the old basilica aroused between Christians and Muslims.

Erdogan seems bent on removing the barriers set up between church and state by Ataturk, and within an hour of the high court’s ruling that the Hagia Sophia could revert back to a mosque, he ordered it prepared for worship before the coming Friday, the Muslim holy day.

It is not certain where Erdogan’s policies will lead Turkey, but it is certain that if my Texas friends ever revisit the Hagia Sophia, they will have to remove their shoes.

For best results, fall all the way

By Ricky Swindle Muffler Shop Musings Howdy, friends! I hope you have been taking care of yourselves. The Covid thing... read more