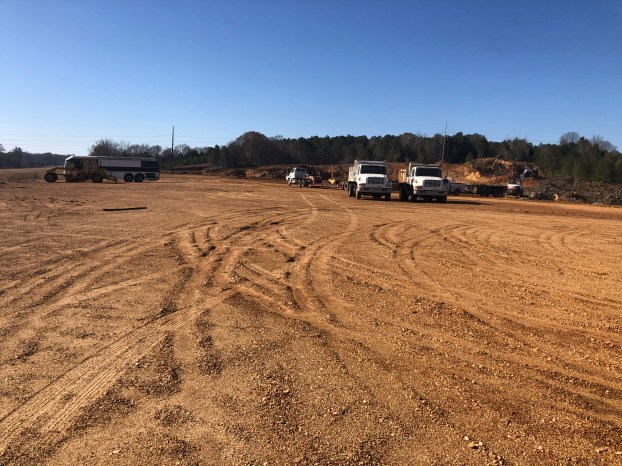 A 15-acre tract of land developed by ShepCo LLC has received approval from the Panola County Land Use and Development Commission for a new convenience store and additional future business.

Located at the northwest corner of Hwy. 6 and Bethlehem Road, the new store will be the first retail business travelers along the busy highway will see before entering Batesville’s city limits.

ShepCo, owned by Robert Shepard and his son, initially asked the Land Development board to designate the tract as an industrial development zone, but board members were reluctant to approve that request because an industrial label takes much of the control over future development out of the county’s hands.

Instead, the commissioners were willing to grant a special use exemption for 2.4 acres of the land for the convenience store, and advised Shepard to come back to the board for future approvals as he sells additional plots.

Shepard began clearing the land several months ago, and recently closed the deal to sell the corner where the new store will be located. The store will not have a Hwy. 6 entrance, and all traffic will be routed via Bethlehem Rd.

Also, the board granted Shepard’s request to store and display heavy equipment and trailer trucks on the lot as a consignment business on the areas of the tract that haven’t been sold.

Board members discussed the new store at length in their November meeting, with some voicing concerns about the aesthetics of the corridor between Batesville and Oxford that the commission has carefully considered in the past few years.

Panola Partnership CEO Joe Azar attended the meeting and assured the board his office had vetted the proposed store, and the new development will be an asset to Batesville and the county.

“I applaud Mr. Shepard for having the vision to make this happen,” Azar said. “It’s a beautiful piece of property and he’s done a good job with it so far.”

By Justin Vicory Mississippi Clarion Ledger The Oxford Police Department has arrested six individuals in connection with the death of... read more