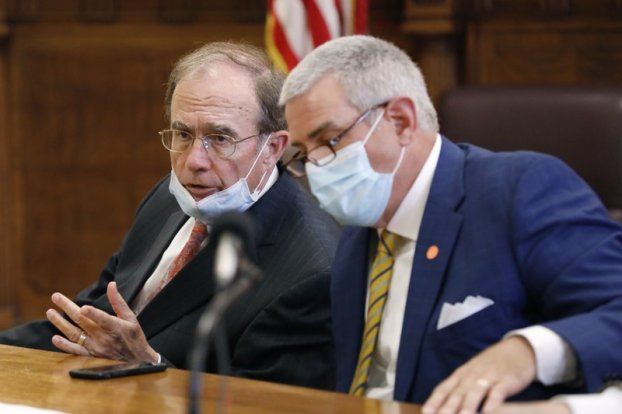 The Joint Legislative Budget Committee also proposes cutting elementary and secondary school spending, but that cut might not become reality when a final budget is adopted.

There’s uncertainty now about how to award incentive pay to teachers in schools that are either high-performing or that have shown improvement. Incentive pay is usually based on school assessments, but those assessments have been put on hold during the coronavirus pandemic.

Republican House Speaker Philip Gunn is chairman of the 14-member Budget Committee. He said the proposal released Monday is a starting point for budget discussions that will happen during the three-month legislative session that begins in early January.

The committee proposes just over $6.1 billion in state spending. That is about $197.4 million less than the state is spending during the current fiscal year — roughly a 3.2% reduction.

The proposal would leave about $877.5 million in unspent money.

“It is a solid budget,” Gunn said. “It is responsible. It is staying within our means.”

If legislators stick to their schedule, all 122 House members and 52 senators will have a chance to vote on a final budget by early April.

Plans could change significantly before a final budget it set. Republican Lt. Gov. Delbert Hosemann said, for example, that he will push for a teacher pay raise that is not included in the initial proposal.

The individual income tax is one of the largest sources of Mississippi tax collections.