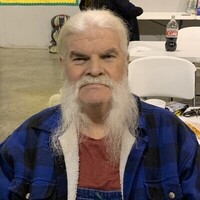 Funeral services for Chuck will be held at 2 p.m. on Sunday, Dec. 6, in the Martin Willingham Memorial Chapel of Wells Funeral Home in Batesville. The family will receive friends beginning at 1:00 prior to the service. Interment will follow the service at Forrest Memorial Park. Rev. Keith Burney will officiate.

Chuck was born June 8, 1955 to the late Robert Bayer and Jane Burrows Bayer in Memphis. Chuck proudly served his country in the U.S. Marine Corp.

He was a retired grocery store manager. Chuck was a Mason as well as a Shriner. He was a member of First Assembly of God Church in Water Valley. In his spare time he enjoyed working in the yard and planting a garden. Chuck also tinkered with woodworking. Most of all he liked to make people laugh and spend time with his children and grandchildren.

In addition to his parents, Chuck was preceded in death by one brother, Robert “Bobby” Bayer.

Virginia Natalie Moseley Floyd of Maryville, TN passed away peacefully on Nov. 25, 2020, at the University of Tennessee Medical... read more