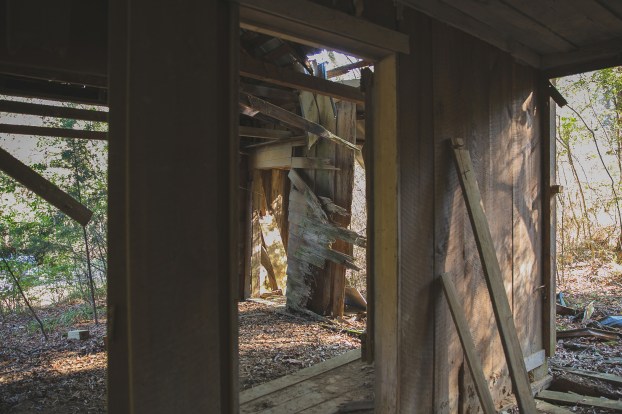 Old wood’s depth of beauty has made it popular in remodeling and new construction, but this type of wood presents some unique challenges that need addressing.

A group of Mississippi State University specialists would rather see the lumber reused or repurposed than sent to a landfill. They are addressing a variety of challenges ranging from insects emerging from reclaimed wood to determining how to value rough timbers salvaged from a demolition project.

For example, MSU Extension Service entomologist Blake Layton warns of old house borers. These are one of a variety of large, wood-boring beetles that lay their eggs in recently felled or stored lumber.

“If the wood has not been properly kiln-dried before use, these beetles can emerge as adults, often years later,” Layton said. “While most species of wood-boring beetles will not reinfest  exposed lumber inside a building, old house borer beetles are the exception. These beetles can and will reinfest exposed softwood lumber, especially wood with suitable moisture content.”

“Fortunately, there are effective, preventive treatments for these beetles, and some people think the small wormholes left as they emerge simply add to the appeal of the aged wood product,” Layton said.

Mia Craig is pursuing a master’s degree in sustainable bioproducts in the MSU Forest and Wildlife Research Center. She said reclaimed wood is salvageable raw material from sources such as abandoned, old buildings and fence posts, as well as trees cut down in metropolitan areas.

“The value of reclaimed wood depends on who is asked. From a market perspective, the answer is price,” Craig said. “For a consumer, the value might be quantified based upon wood species. Some species are more desirable than others, especially the wood from species we can no longer cut or harvest.”

She said interest in using reclaimed wood has been around for some time, but society’s recent emphasis on environmental friendliness has caused a surge in demand. Uniqueness of the wood and a personal connection also play a role.

“Reclaimed lumber tells a story, and I think people have an interest in all the possible places their wood could come from,” she said.

Craig is conducting a survey and making a case study. The survey examines consumer perceptions of reclaimed wood from wood-frame deconstruction. The case study explores three major cities in the U.S. that have urban wood programs. It also addresses how such a program could potentially be implemented in Mississippi.

Rubin Shmulsky is head of the Department of Sustainable Bioproducts in the MSU College of Forest Resources. His perspective on reclaimed wood comes from working with it himself, providing assistance on technical issues related to its use, and overseeing graduate work in the department.

“As an undergrad, I worked at an architectural firm reclaiming wood. We would deconstruct textile mills around Rhode Island, strip out the hardware, resaw the timbers and resell the wood,” Shmulsky said. “The wood was very expensive, but it was in demand because it had a lot of very nice characteristics. Even the markings from the hardware are often aesthetically pleasing.”

Like Layton, Shmulsky has helped address insect problems in reclaimed wood. His experiences led him to develop some recommendations for preparing reclaimed wood before it is installed in a new structure.

To kill pests that may be in reclaimed wood, the lumber can be dipped for a few minutes in a borax solution and then allowed to air dry. Kiln drying is another option, but some wood is dry enough to not need this step.

“If the wood is something like beams or flooring taken from a house, its moisture is usually low enough that you don’t need to dry it,” Shmulsky said. “Some places will accumulate moisture and need to be kiln-dried or heat treated. Examples are barn board siding or flooring.”

In these cases, heating the wood to 135 degrees for 30 minutes will kill both eggs and existing insects. While some lumber mills have these dryers, Shmulsky said it is possible to make a structure at home to do this task using direct sunlight applied to black plastic.

“Make stacks of lumber 3 to 4 feet wide lined up in one direction, then layered with a stack set perpendicular and alternating from there,” he said. “Make a tent of black plastic around these stacks, and then put a fan on one end to move the air around the stacks.”

As long as the air inside heats to 135 degrees and can be recirculated, these ad hoc solar kilns will destroy insect pests in the wood.

“You need to get the center of the thickest piece of wood to 135 degrees for half an hour,” Shmulsky said. “It may take a few days to reach this temperature if its thick lumber.”

Reclaimed wood tends to have a high cost associated with it because of the labor involved. However, Shmulsky said the cost could go down as more people start offering reclaiming services.

“Growing trees and cutting, drying and milling them is cost-effective, partly because there is a lot of automation in this industry. Taking old houses down carefully is a lot more hands-on and requires skilled labor and time,” Shmulsky said. “For those who have a feeling of environmental responsibility or those who have timber with a story, that adds value to houses and helps justify the cost of the material.”

Shmulsky said reclaimed wood can cost about the same as freshly milled lumber, or it can cost more than twice as much.

“The variation in price depends on species, size, the associated story and the market,” Shmulsky said. “In many cases, there is no comparison. For example, lumber claimed and re-sawn from old American chestnut beams from an existing barn is rare and not easily replaceable. When that type of product becomes available, it commands a premium.

“Other examples include wide, pecky-cypress, lumber reclaimed from salvaged, sunken logs, and old growth southern pine or heart pine,” he said. “Alternatively, 1-inch-thick softwood lumber that’s removed from an old building, denailed, planed and offered for sale may be much closer in price to freshly milled lumber based on its relatively abundant availability.”

Beth Stokes, an assistant professor in the Department of Sustainable Bioproducts, is conducting long-term testing of treated wood products in various real-life conditions. Much of her focus is on termites, specifically how to prevent infestations and which products the pests are most likely to infest.

“Termites are not subtle,” Stokes said. “They do such physical damage to the wood they inhabit that it’s very unlikely that lumber from an extensively termite-infested building would be viable for reuse.”

Stokes’ work with treating wood to prevent termite infestations has revealed what makes wood attractive to these destructive pests.

“Termites like wood that has a bit of age on it,” Stokes said. “Consider the natural progression of a forest. You’re more likely to see termites attacking a tree that has died and fallen to the ground than a living tree.

“Termites preferentially go to the easiest avenue of attack. If the reclaimed wood has a lot of sapwood, then possibly termites would prefer it,” she said.

Fortunately for those who want to use reclaimed wood, Stokes said much of it is heartwood, which is dense and difficult for termites to process. 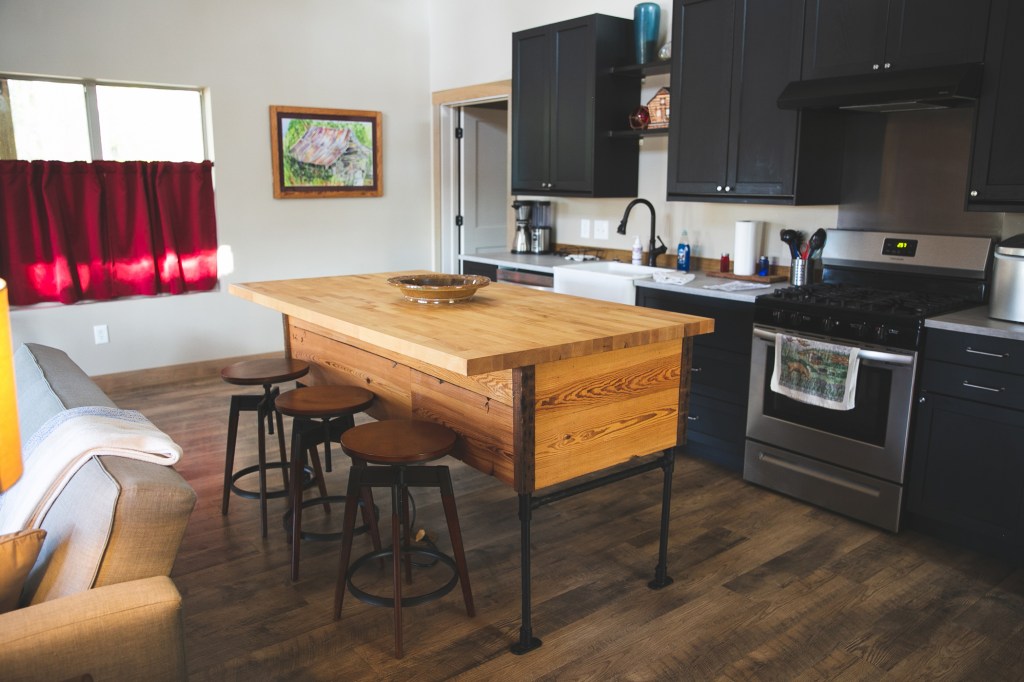 Reclaimed wood is a popular building material as designers embrace its beauty and uniqueness. Beams from an old warehouse were used to make this kitchen island. (Photo by MSU Extension Service/Michaela Parker)

After Mississippi pastor sees 50% spike in funerals, a plea for Thanksgiving