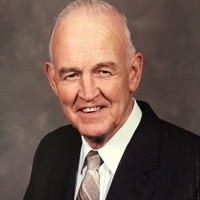 John Talmage Goodnite,  85, passed away at his home in Batesville surrounded by his family Wednesday, Nov. 25, 2020.

Funeral services will be at 11 a.m. Saturday, Nov. 28,  in the Martin Willingham Memorial Chapel of Wells Funeral Home with the family receiving friends one hour prior to the service. Following the service, the family will have a private committal service at Magnolia Cemetery in Batesville.

Talmadge was born Sept. 3, 1925 in Sardis to the late John Felix and Bertha Marshall Goodnite. Talmadge was a graduate of Sardis High School where he played football.

He attended Mississippi State University and returned to Sardis to work in the cattle business with his father. Talmadge was hired by Dunlap & Kyle in 1956 and moved his family to Batesville. He retired from the parts department in 1996 after 40 1/2 years of loyal service. Throughout his life, he was an avid quail hunter and music lover with country music being his favorite. He honorably served his country in the U.S. Army, having served as a Private First Class in General Patton’s 3rd Army at the Battle of the Bulge in France during WW II.

Along with his parents, Talmadge was preceded in death by his son, John T. “Johnny” Goodnite, Jr.; brother, Wayne Goodnite and his grandson, Brett Broome.