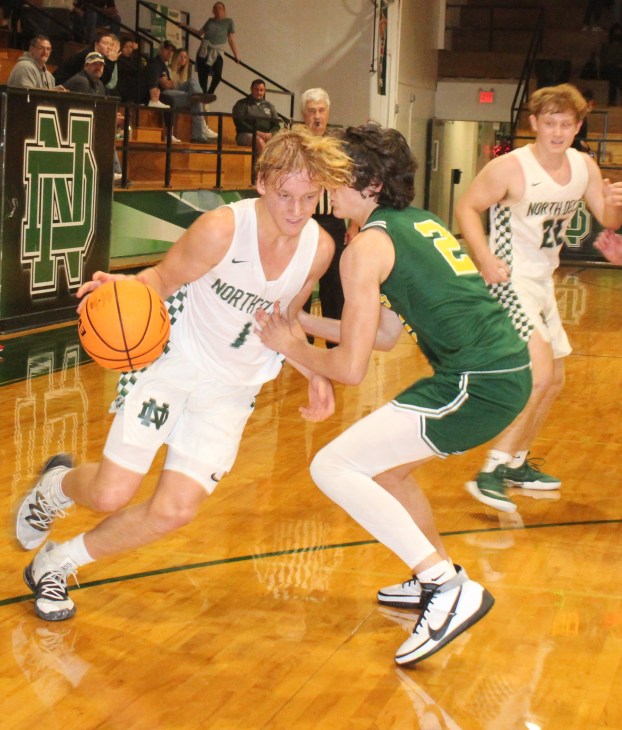 Grayson Alford drives for 2 of his 9 points in the Batesville Holiday Shootout tournament that got underway Monday, Nov. 23, on the campus of North Delta School. (Glennie Pou)

Looking to shake the rust off and playing only in their second game of the season, the North Delta boys went toe-to-toe with visiting Central Hinds for three quarters Monday on day one of the North Delta Shootout Thanksgiving tournament .

But in a pivotal fourth quarter, missed free throws coupled by a late Central Hinds surge led to a 52-44 Wildcat victory over the Green Wave. North Delta fell to 0-2 on the year and will return to the court Monday, Nov. 30,  when they host Marvell, Ark.
For ND Girls Game Article & Photos Click Here
With the score deadlocked 32-32 at the end of three quarters, Central Hinds went on a 10-2 spurt early in the fourth quarter to go up by eight points. North Delta cut the deficit to five at 46-41 on a three-pointer by Matt Johnson with 1:37 left to play, but could not get any closer.
The Green Wave were one-of-five from the free throw line in the fourth quarter and 5-of-15 at the stripe for the game, but could not take advantage of three technical fouls called Central Hinds in the game.
Drake Barton led North Delta in scoring with 24 points while Grayson Alford added nine and Cody Bost finished with seven. 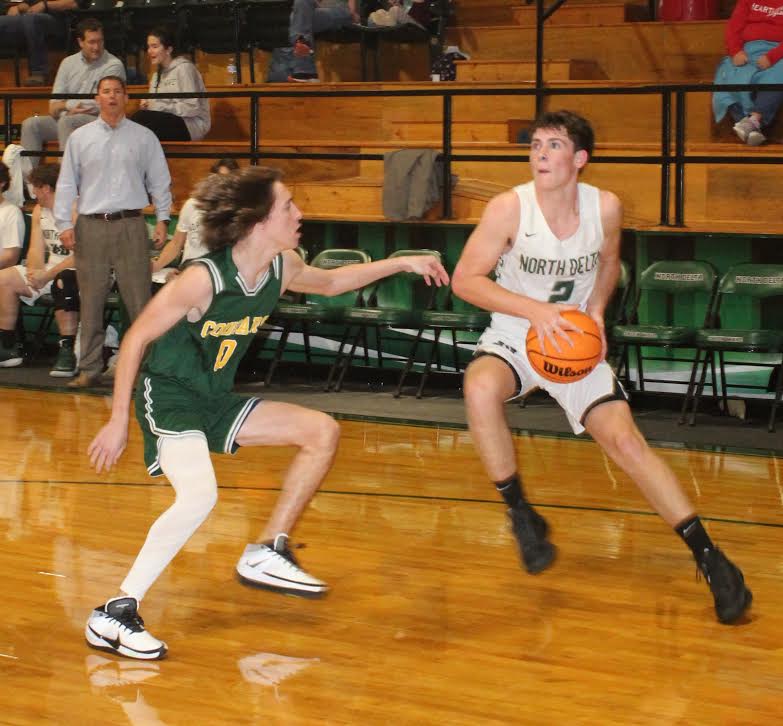