Lady Wave off to good start at 4-2 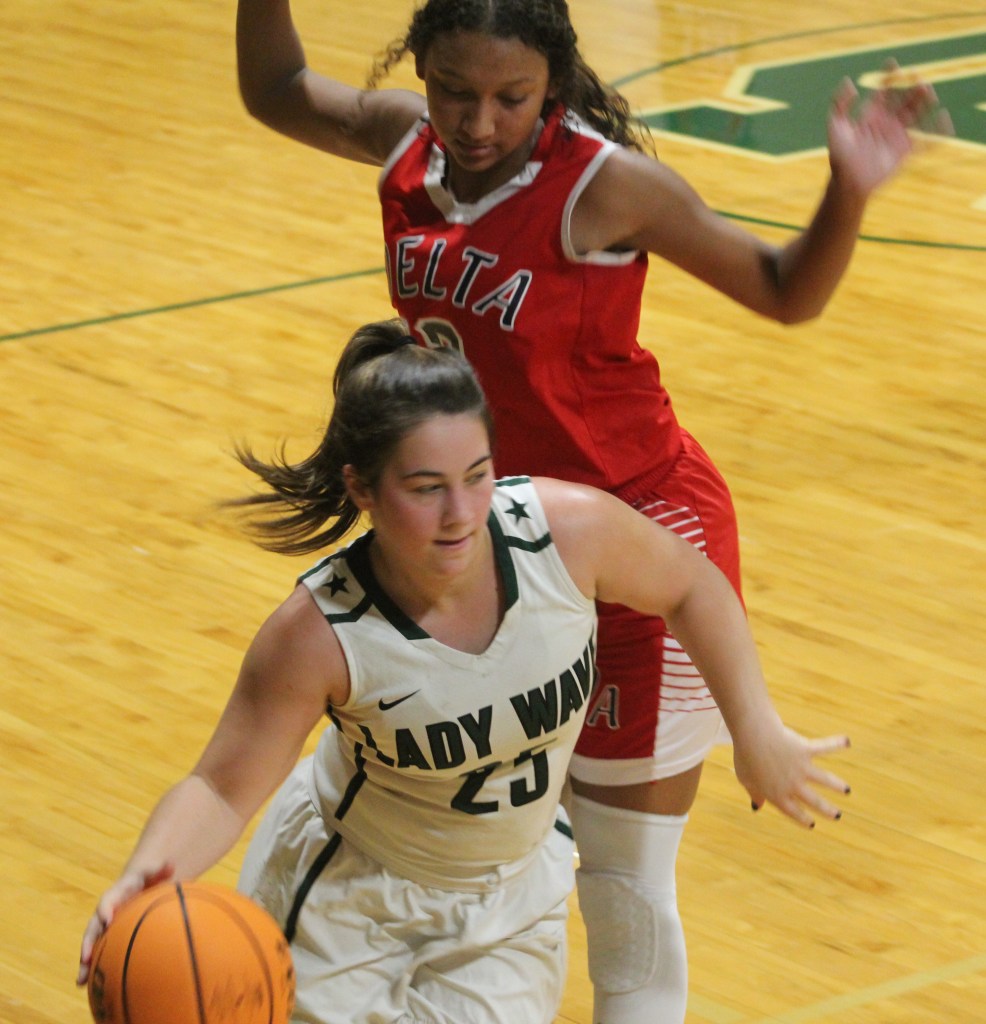 The North Delta Lady Green Wave has never been a team to shy away from playing a difficult schedule and this year has proved nothing different.

The Green Wave traveled to Pontotoc Saturday, Nov. 7, to take on the No. 2 ranked team in public school Class 4A basketball, but fell 67-52 to the Lady Warriors. Ally Alford paced North Delta (4-2) with 29 points while knocking down five three-pointers. Libby Miller followed with eight points while Shelby Boone and Isabella Morrow added five points each.

On Monday, Nov. 9, the Lady Wave beat visiting Delta Academy 61-22.  Leading the way for ND was Alford with 23 points, 19 coming in the second quarter. Miller netted 14, Shelby Boone had 11, Gray had four, and Morris and Sydney Talley, Morrow, and Sophie Williams had two points each.

The North Delta Lady Wave will take on Byhalia at Independence High School Saturday at 1:30 p.m.

The junior high girls beat Delta 39-18 Tuesday in their first game of the year. Leading scorer was Paizlee Woods with 11. Emily Wells scored 10, Jada Bryant had six, and Cadie Coker and Autumn Boone had four each.