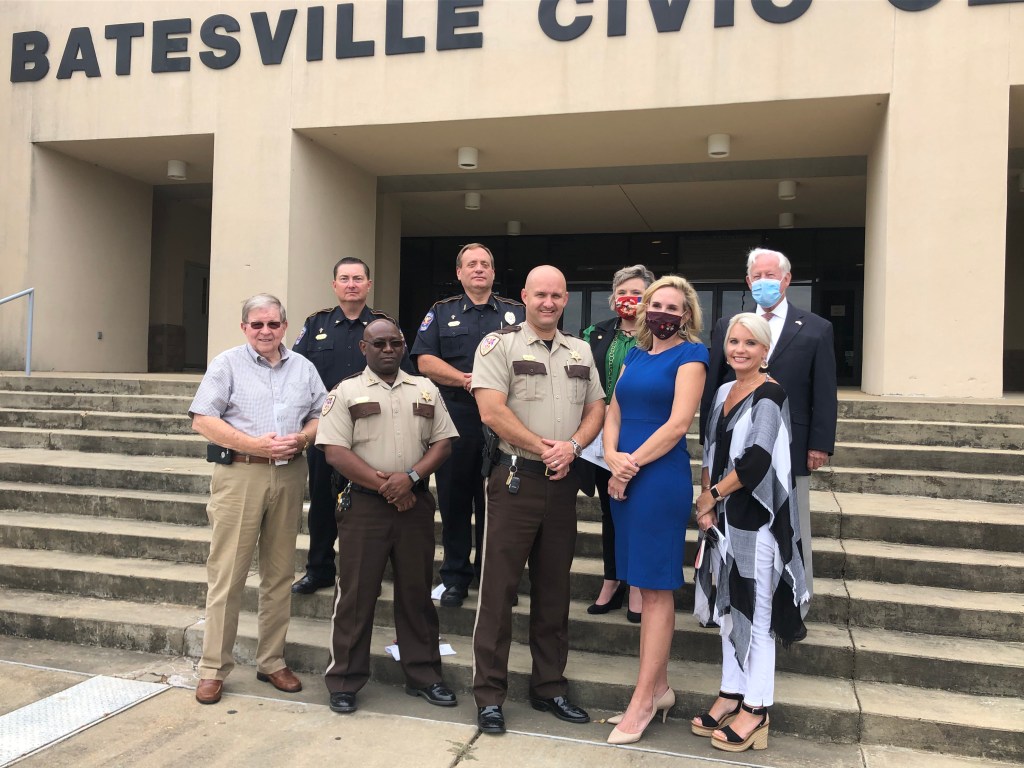 State Rep. Nicole Boyd convened a group of local county and city officials on the steps of the Batesville Civic Center to urge their help in defeating an initiative that will be part of the Medical Marijuana Amendment on the Nov. 3 ballot.

With law enforcement officials and other community leaders present, Boyd stressed that while most major polls indicate Mississippi voters are likely to approve a form of legalizing the use of medical marijuana in the state, the way in which a potential approval is voted on will have serious consequences for the general welfare of of the state in coming years.

On the ballot, the Medical Marijuana will have two parts: one choice is to allow the controversial drug to be prescribed for patients in Mississippi, and the other is deny that option. Conceding that voters who cast ballots against allowing marijuana will be in the minority, Boyd and others have urged people to vote against Medical Marijuana in the initial box, but then proceed to vote for the second of two options in the event the choice of allowing the drug to be used gets more votes.

The question of how to allow the prescribing, distribution, and use of Medical Marijuana will be posed to voters in two initiatives – 65 and 65A.

The first, Initiative 65, would allow Medical Marijuana to be prescribed for more than 20 specified qualifying conditions, allow individuals to possess up to 2.5 ounces of marijuana at one time, and tax the sales at the current state sales tax rate of seven percent.

Also concerning to Boyd, and state health officials who accompanied her for the meeting, the definition who would qualify for Medical Marijuana is too broad.

Instead, voters should choose the 65A option which was put on the ballot by state legislators in response to the measure presented by the national groups pushing for Medical Marijuana around the country.

In the 65A choice, only terminally ill patients would be allowed to have the drug and would require pharmaceutical-grade marijuana products and treatment oversight by licensed physicians, nurses and pharmacists. The state could also set tax rates, possession limits, and have authority over other details of distribution.

The 65 choice would allow for “pot dispensaries” that would be allowed to open anywhere in a city regardless of zoning ordinances or proximity to churches or schools. The 65A choice would mandate that Medical Marijuana be available in pharmacies only.