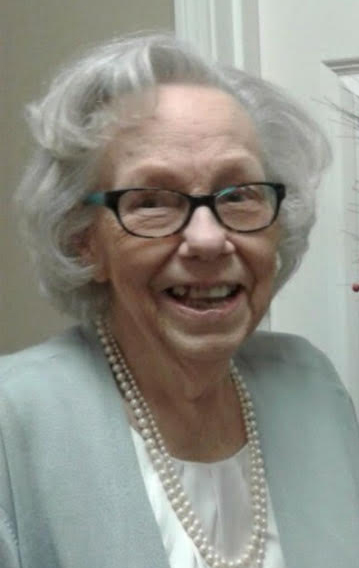 Mary Joanne Gilliam Ashcraft transitioned peacefully into eternal life with our LORD and Savior on Saturday, Sept. 26, 2020, while surrounded by family and friends.

She was born to Margaret Frances Redding Gilliam and John Edwin Gilliam in Columbus, Ohio on Oct.  8, 1929, as they were visiting family. They lived in Buckingham CH, Va. She was a true Virginian.

She attended William and Mary and Mars Hill College before coming to Mississippi State College for Women. Because of her move, she met and married a Mississippi State University student, John Dunklin Ashcraft, Jr., of Roebuck Plantation, Sidon, Miss.

Before preceding her in passing, John and Joanne were married 59 years. Having married during the Korean War, Joanne quickly became a military bride with John serving in the US Army first stationed at Fort Benning, Ga., where Jo taught English as a second language to non-English speaking service personnel.

Jody, an endearing name many called her, moved to the rich Mississippi Delta in 1951 where she and John raised five children, one born in Joplin, Mo., three born at the Greenwood Leflore Hospital, and one they birthed in the family home on their farm. She served in the children and youth programs at First Presbyterian Church as Director of Christian Education.

Known for her skills in arts and crafts, many fun projects were completed by all these young people as they learned of GOD. Jody enjoyed many years serving with the Greenwood Junior Auxiliary and was a life member. She was also a member of the Greenwood Garden Club, taught square dancing at Bankston Elementary, was the leader of Brownie and Girl Scout Troops, and a founding member of Arts for Success.

She established an arts and craft store, Ash Craft & Custom Arts, in Greenwood and went on to become a wholesaler for this industry. In the late 1900s, she purchased and published an international magazine, Craft & Art Market Magazine. She and John traveled greatly for this industry and were blessed to have many treasured friends of numerous diversities from near and far.

In the Mississippi Delta, Joanne and John began as ranchers evolving into farmers before retiring from farming. It seems though that once working the land gets into your system, there it grows. Their family now continues Poppin John’s Roebuck Blues Blueberries that Jo and Jack began with children over 30 years ago. Because of her insistence in teaching her children that family is priority, Roebuck now is a 4th generation delta plantation.

Known for having supported family, various universities, causes, and charities, she sprinkled much love in many places. And as one life-long friend shared recently, Jody was always happy wherever she was planted.

Joanne prayed the best life together for Amanda Austin, granddaughter, and fiancée, Danner Goodwin, who will wed Oct.10, 2020. She also prayed for a long, loving marriage for Edwin Ashcraft, grandson, and fiancée, Olivia Romito, who will marry Nov. 7, 2020.

In lieu of flowers, donations may be given to Mississippi University for Women, Greenwood Arts for Success and Greenwood First Presbyterian Church Youth Department. The LORD is her Shephard.

Wilson and Knight Funeral Home is in charge of arrangements. An online guest book may be signed at www.wilsonandknight.com.