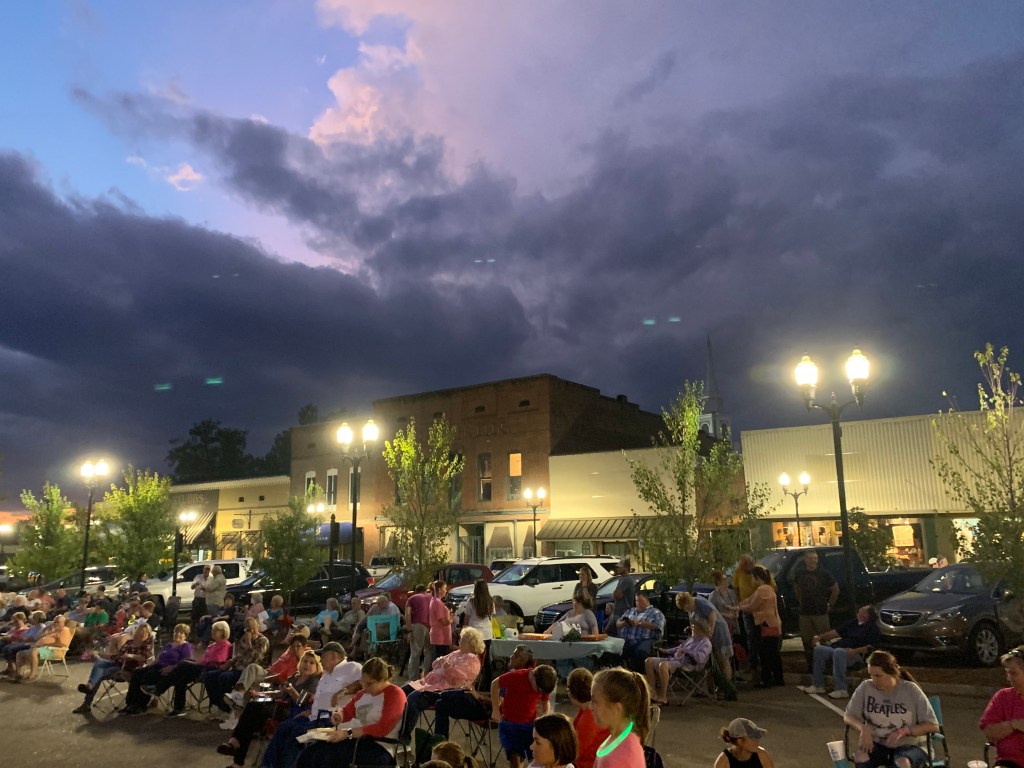 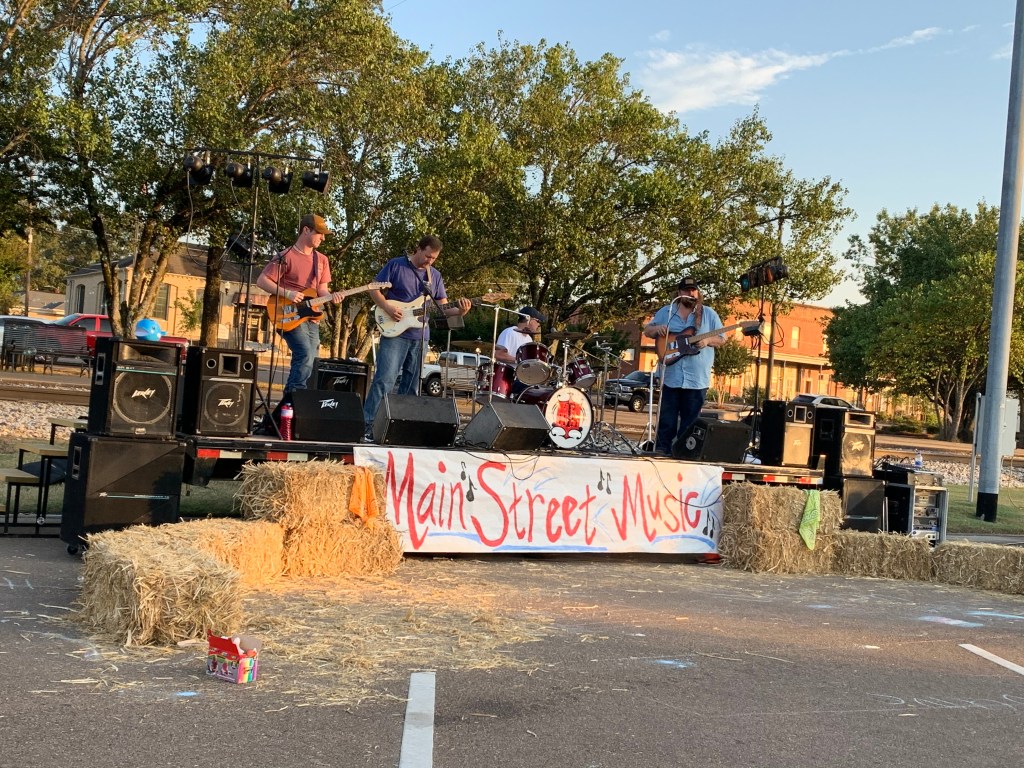 Batesville’s Downtown Square will be festive Thursday evening when the first of the Fall Concert Series performances kicks off. A project of the Main Street Program, the series will feature area musicians playing Thursday nights on the Square with citizens invited to bring lawn chairs and picnic baskets.

The west side of the Square will be closed to vehicle traffic during the events. This week’s musical act is Brandon Crumpler and Friends and is sponsored by Boren & Hawkins Insurance. The music will be from 6 to 8 p.m. each week, and is free to the public.

New this year is the addition of the Farmer’s Market which usually ends the last Wednesday of September. The Batesville Mayor and Board of Aldermen recently approved a request from the Main Street officials, who noted the increased popularity of the market this year and requests from vendors and customers to extend the season.

Organizers have spent the week decorating the Square with an autumn theme with bales of hays and pumpkin displays. Main Street officials will stress social distancing at the events, said director Mamie Avery, and other health precautions will be taken in the area where arts and crafts are set up, along with vendors of fruits and vegetables.

“The Fall Concert Series was very successful last year and by the end of the month when people were hearing about the music and fun the Square was almost full,” said Avery. “We have already had lots of calls about the series and people are excited for the series to get started.”

“It’s a safe and fun family event that is outdoors and allows people to enjoy the entertainment while maintaining social distancing,” she said.

The Thursday event will also have a corporate sponsor special to that night. Next week the sponsor is Air Evac Lifeteam and the musical guest will be the 2Man Trio Band. Oct. 15 will feature the Honky Tonk Heroes sponsored by First Security Bank, and Oct. 27 will see Twin Soul onstage with Panola Medical Center as the featured sponsor for the evening.