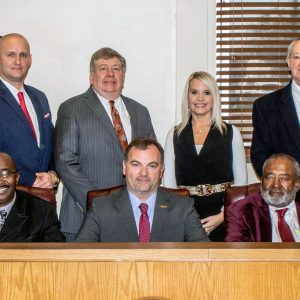 Raises for employees and expected building maintenance expenses for the coming fiscal year are likely to result in a tax increase for Panola County property owners. The Board of Supervisors has mostly wrapped up its annual budget preparation meetings and is expected to present a budget that will increase land taxes by four mils.

The proposed increase will bring about $915,000 into the general fund. It is the first increase in land taxes in about eight years in the county. The portion of a property owner’s total tax levy set aside for road and bridge maintenance will not be increased.

School district taxes will also not see an increase, as that levy is already at the maximum allowed by state law.

Almost all county employees will see pay increases except elected officials and a few courthouse employees who are compensated mostly through fees and permit costs. Sheriff’s Department employees will also not have a pay increase because they began working seven months ago with the incoming new administration and had their salaries approved at that time.

Jail personnel have a different employment status and will receive raises. The increase will be $300 for all employees. County workers were given a small increase two years ago, but supervisors have been expressing the need to raise pay “enough to see” across the board for several months.

The pay raises will add about $275,00 annually to the county’s payroll.

A major expense expected soon is the repair of the Emergency Operations building in Sardis. The Town of Sardis owns the building and the county board has been reluctant to make large investments at the property in the past. Negotiations with the Sardis aldermen for a swap of properties have been unsuccessful, and supervisors have been left with no option except budget for the maintenance.

The building needs a new roof and HVAC system, besides general upkeep. Emergency Operations has been one of the county’s busiest departments this year with several major weather events and the coronavirus pandemic. The building also houses millions of dollars of computers, servers, and hardware as the county’s dispatching control center.

Both the Sardis and Batesville Courthouses need upgrades, the main concern being the air and heating system at the Batesville site. Repairs, at the least, are needed, and supervisors have been debating for months whether they should consider a new system.

The Sheriff’s Department will get three new deputies and three vehicles if the proposed budget is adopted. Sheriff Shane Phelps asked the supervisors for more employees and trucks, but the board couldn’t agree on all the requests and eventually cut the proposed increases in that department about 40 percent.

Volunteer fire departments around the county will each receive a $2,000 increase in their funding this year. Supervisors cited the greater workload placed upon those departments this year, and the need for new equipment, in the appropriation.

The proposed budget will include the county’s financial support for a number of groups and organizations for their services, or support, but those funding levels will remain the same as previous years. These include Northwest Mississippi Community College, Communicare, First Regional library system, and the Panola Partnership office.

Supervisors have set aside $10,000 to help support a youth mentoring program should one become available that is agreeable to the board. The Boys & Girls Club has fallen out of favor with both city and county elected officials, and a great majority of its former supporters, and could possibly leave Batesville in the coming months.

In anticipation of that action, both the city and county boards have heard presentations from a Como-based non-profit, E.D.U.C.A.T.E., that is administered by State Rep. Lataisha Jackson. That program has been well received in North Panola and has grown each year of its existence.

Both the city and county boards have indicated the program would be good for Batesville area children also, and have said the building (owned jointly) they have allowed Boys & Girls Club to use would be a good place for E.D.U.C.A.T.E. should B&G Club move from the city.

An advertisement in this newspaper will announce the date for a public hearing about the proposed budget to be held in September.

By Allen Brewer Why sourdough and why now? This was the title of Batesville resident Melissa Farris’ recent Facebook Live... read more