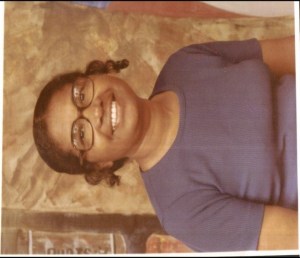 the Madison County Nursing Home in Canton. She was born Oct. 22,

1923, in Sardis to parents Thomas Elias Lyons and Malishia Gipson-

She was married to Marvin Johnson for 60 years and had six children.

1 – 4. She attended Walton Chapel for grade 5 and then Gibbs Grammar School in

Little Rock for grade 6 where she stayed with family.

Springs and obtained an Associate of Arts Degree in Early Childhood

She also took courses at the University of Mississippi.

Macedonia Headstart Center for over 23 years. She was the recipient of

She took immense pleasure in developing the minds of her young

She beamed with pride as she learned of their success and

accomplishment in their professional and personal lives. Ruth was also a substitute

years and served as church announcer for more than 40 years.

Cooley’s Mortuary has charge of the service. The family will hold a memorial service at a later date.

She is preceded in death by her husband, Marvin Johnson; parents, Thomas Elias

grand-children, one step great-great grandchild and a host of cousins, nieces,

In lieu of flowers, the family  requests donations be made to St. Jude’s

Children’s Research Hospital in her honor. The address for donations can be sent to