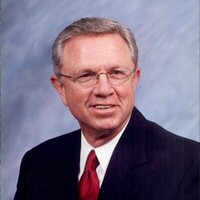 Due to the current health concerns surrounding the community, the funeral services will be attended only by Pastor Larry’s family. The service was held  Tuesday, June 23,  at Crowder Baptist Church. A Facebook video of the service is available on Wells Funeral Home Facebook page. The interment will be held Thursday morning, June 25,  at Bear Creek Cemetery in Euless, Texas.

Larry was born November 29, 1947, to Bessie Harrison Kilgore and Griffin Kilgore in Grenada. He grew up in Yalobusha County and graduated from Coffeeville High School. He received his undergraduate degree at Mississippi College and his Master’s Degree from Liberty University and Seminary.

Pastor Larry was licensed to the gospel ministry in 1966 and was ordained as a minister in 1967.

Larry was the pastor of Crowder Baptist Church in Crowder for 17 years. He was an avid hunter and fisherman, and shared his bounty with the community. He was also a woodworker, and made beautiful tables and deer stands for his friends and family.

Brother Larry was a talented singer, and enjoyed many years singing in church and with different gospel groups throughout Mississippi. He was a Christian example to many and will be missed dearly by all who knew him.

Along with his father, he is preceded in death by his first wife, Dianne Fedric Kilgore.

Anyone wishing to make a donation in memory of Pastor Larry  may do so to the Crowder Baptist Church Benevolence Fund.

Norman Harris, 94, went to be with his Lord and Savior at Chateau Ridgeland, in Ridgeland, on Thursday, June 4,... read more