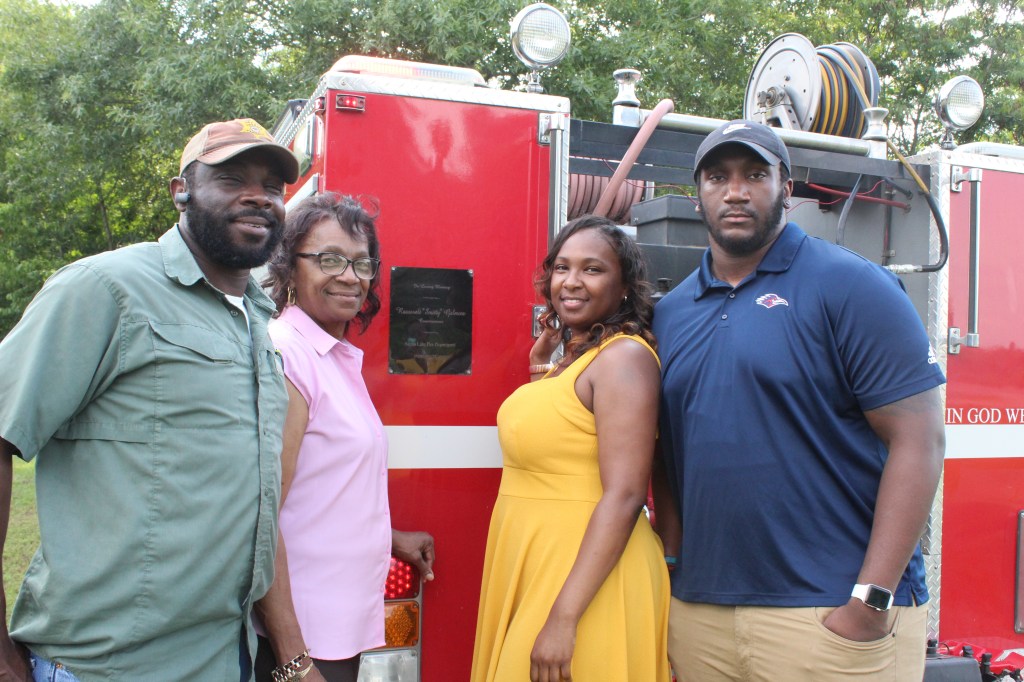 Firefighters at Sardis Lower Lake Fire Department dedicated a pumper truck to the memory of their longtime fire district commissioner Roosevelt “Smitty” Galmore, marking the designation with a plaque of appreciation on the firetruck.

Galmore, who died in 2010, served as a commission for the Sardis Lower Lake Fire Department for many years. He and his wife Martha raised their family in the Terza area in east Panola County while he made a career with the U.S. Army Corps of Engineers.

The youngest son, Jalyn Galmore, graduated with a degree in education from the University of Texas at San Antonio in May. He will return to campus to pursue a master’s degree this fall where he will also continue his football career.

Jayln graduated from South Panola High School in 2016 where he was a standout on the gridiron. He played two years at Itawamba Community College where he earned  All-American recognition before transferring to UTSA.

He missed last season with a knee injury and was given a redshirt exemption to allow him another year of eligibility. Jaylin said the opportunity to visit with Sardis Lower Lake firefighters with the truck that bears his late father’s name, and be congratulated for his college graduation, was a way for the elder Galmore to be included in the celebration of his accomplishments.