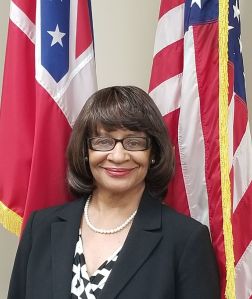 Sardis Mayor Lula Palmer has filed a civil suit against three of the five aldermen who represent the town’s residents, seeking reimbursement for an auto body shop repair bill she paid last year after the board refused to pay the charges.

Palmer submitted a complaint to the Panola County Justice Court in Sardis on May 22 and the  three aldermen named – Michael Price, Clarence Jones, and Bonnie Smith – were served notices of the lawsuit on Thursday, May 28.

The matter is set to be heard June 9, barring any continuances, at the Justice Court building at 111 E. Hospital Dr. before Judge Michael Wilson of the county’s First Judicial District. Palmer is seeking $499.04 plus $75 for court costs for a total demand of $574.04.

Two current aldermen – JoJo Still and Richard McCarty – are not named in the complaint. Still abstained from voting when the motion was made to require the mayor to pay the bill, and McCarty wasn’t yet an alderman. He won a special election after the fact to replace Tommy Rayburn, who died in office.

The lawsuit stems from disagreement between the mayor and board members from the fall of 2019 following a trip to the annual Mississippi Municipal League conference held on the Gulf Coast. Mayors, aldermen, and other city officials attend these meetings once a year where they attend work sessions put on by the state and have the opportunity to see new products and services offered to cities by various vendors.

Palmer attended the conference, using the aforementioned Explorer to make the trip. The month after the meeting, the mayor submitted a repair bill from Moore’s Body Shop (now closed) in Batesville for damage to a vehicle. The bill was put on the monthly claims docket by the city clerk, but the aldermen refused to approve payment and questioned then-police chief Steve McClarty about the damage.

The chief reportedly told aldermen the truck had minor damage, but he was unsure of what caused it. Aldermen were eventually told that Palmer had taken the SUV to Biloxi for the meeting, and questioned who had given the mayor permission to borrow the town’s property.

At the time, Aldermen Price, also the town’s vice-mayor, was questioned about the matter by The Panolian, and reluctantly confirmed that Palmer had asked him about using the SUV and he told her she should contact the other aldermen and ask their opinion.

This week, Price would not comment on the case, saying he preferred to have the matter heard by the court.

When the board passed an order that required Palmer to pay the bill for the damages aldermen assumed the matter had been resolved. The town clerk paid the bill from City Hall and the mayor reimbursed the general fund.

From that same trip, the board also asked the mayor to repay a mileage check she had been issued when aldermen discovered she had used a city gas card for fuel costs to and from the Gulf Coast.

This week’s revelation that Palmer is now seeking to be reimbursed was a surprise to observers of Sardis politics, and a “shock” to Price.

“I can’t make any comment because it’s a court case now, but I sure didn’t expect this to ever come up again,” Price said.

Palmer replied “no comment” last Friday to a series of questions asked by The Panolian about the trip and the resulting damaged vehicle, including who was driving at the time of the accident.

Several questions about the case will presumably be cleared up in Justice Court next week. Among those are: Did anyone give permission for Palmer to use the city vehicle?, and who was driving the Explorer when the damage happened?

Palmer’s son, not a town employee and not authorized to drive any of the town’s fleet of cars or trucks, accompanied his mother to the conference.

Last year, Price said the board was never given an explanation of how the SUV was damaged, although employees of the body shop said the gas tank was damaged in a manner that often occurs when a vehicle is driven away from a fuel pump with the nozzle still in the tank receptacle.

Justice Court will convene at 1:30 p.m. and is open to the public.