Betty Jo Burchfield, 69, a beautician, died May 13, 2020, at Methodist Le Bonheur Germantown in Germantown, TN. Graveside services were at  11 a.m. Friday, May 15, at Magnolia Gardens in Charleston, with burial in the Magnolia Gardens.

Meredith-Nowell Funeral Home in Clarksdale had charge of arrangements.

Betty Jo was a fun person that was always the first to lend a hand to those in need. She took pride in being there for others and never expected anything in return. She enjoyed gardening and loved to share her flowers with others. Betty Jo loved her family dearly and her biggest blessings called her Nanaw.

Dan Edwards, 69, passed away peacefully at his home on Thursday, May 14, 2020. The family will have a Celebration of Life Ceremony at a later date at which time will be posted to Kimbro Funeral Home website.

Dan was owner and operator of Edwards Grocery in Crowder, a butcher, true business entrepreneur, avid fisherman, a man that loved camping, amusement parks especially Disney World, and anything that was family and friend oriented.

He was preceded in death by his parents.

Memorial contributions may be made to American Cancer Society. Kimbro Funeral Home has charge of arrangements, 662-326-2881, www.KimbroFuneralHome.net. 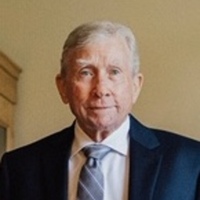 Sandy enlisted in the United States Army and was a medic in the Vietnam War. After returning, he made is his way to Texas where he became a prize winning equestrian and Tennessee Walking Horse trainer. He reminisced about his Texas days often.

He made his way back home and went on to work for Commercial Carriers/Allied Systems where he retired after 30 plus years as a car hauler. He continued to be lifelong friends with so many of his coworkers.

He loved to deer hunt and crappie fish. Cooking was another talent of his. He gave so many people everlasting memories with his yearly crawfish boils and feeding his friends on weekends.

He was mighty proud of a 1st place trophy he had in a BBQ contest as well. Corvette enthusiast was another hobby of his. He owned 22 over his life and just recently sold #22. He bought himself a truck only so he would have enough room to cart around both of his grandsons.

Sandy could not stay in retirement too long. He refused to be bored. He decided to take on a part-time job with the Panola County Sheriff’s Department that quickly became a full-time thing for him. He absolutely loved it. A Corvette driving Sheriff’s Deputy was the title he needed.

He respected the opportunity to carry a badge, but for him being a deputy kept him involved in his hometown that he loved so much. Every day he saw it as a chance to not only keep his community safer, but to be of service to his friends. He didn’t care what his checklist looked like each day, he happily did it.

He worked his last day as a deputy this past December.

Sandy loved spending his time playing cards and dominos with a lot of his friends at their clubhouse. He continued to still make his way around town checking in with all of his friends and making sure to keep everyone up to date on politics. He could keep a conversation going for hours on politics, locally and nationally. He might not have always agreed with you, but none the less, he appreciated the talk. Sandy was brutally honest to a fault but he never wavered from always doing the right thing and insisted you do the same.

Sandy had a lot of love for a lot of people and a lot of things but above all his family came first. He was “Pappy” to his “grand buddy”, Jackson, and soon to be a second grandson, Whit. When they were together, it was chocolate milkshakes, golf cart rides, and shopping trips. Spoiling his grandson is what he did best.

When they weren’t together, he never missed a day to call and check in on him. Most days he did this more than once. He did this with all of his family. Whether it was a phone call or a quick trip by your house, he made sure his family had what they needed and let you know he was thinking about you.

He was a Dad like no other. I can assure you of that. He was a worry wart but he taught lessons that stuck with you. He wanted to make sure I knew how to take care of myself, but if I was ever unsure or needed help, he was anxiously waiting. Looking back, he really was one unique man, predictable but unique. I will always see him in a collared shirt, pressed Wranglers, and his signature ostrich cowboy boots. He was the epitome of Southern. Use your manners, earn what you have and be grateful for it, and always do the right thing even if it is the harder thing. I am going to miss him more than I thought I could. I know everyone that knew him will too. Rest easy, Dad.

He is survived by his daughter Sarah Linton (Jake), of Southaven; his Grandbuddy, Jackson, and a second Grandbuddy on the way, Whit; his brother, David Goss ( Jewell ), of Batesville; an aunt, Joyce Stallings, of Marks;   nephews, Tim Goss ( Nikki ) of Batesville and Ken Goss of Germantown, Tenn.; three great nephews, one great niece, and more friends than any one person could hope for.

He is preceded in death by his father, Lloyd Kenneth Goss; his mother, Sarah Ruth Holstine, and two brothers. Kenneth Irving Goss and Jerry Glen Goss. 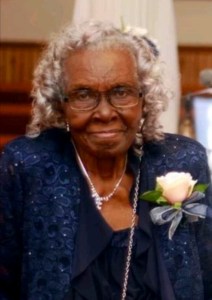 Carrie Leland Johnson “Mom Mom” was born November 25, 1920, to the late Hosea and Rosie Leland. She was joined in holy matrimony to the late Joel Johnson, Sr.

Mrs. Stallings was born September 28, 1932, in Blaine, to the late Fred and Beatrice Butts. She graduated from Sunflower Agriculture High School in 1950. She married Billy Stallings in 1951 and they were married 56 years until his death in 2007.

Mrs. Stallings was co-owner of Powder Puff Beauty Shop in Marks for many years, a former member of Marks Garden Club, and a long-time active member of the Marks United Methodist Church. She was an avid gardener and received Yard of the Month multiple times.

Those whom will forever cherish her memory include one son, Mack Stallings (Kathy) of Batesville; a daughter, Brenda Horn (Teeny) of Greenville; two granddaughters, Rebecca Horn of Birmingham, Ala., and Blair Stallings, of Horn Lake; a step-grandson, Jeff Horn (Melody) of Tunica; three great-grandchildren; and a brother, Jack Butts of Batesville.

She was preceded in death by her husband, Billy L. Stallings; her parents, Fred and Beatrice Butts; a sister, Nita Scipper; and a brother, Frank Butts.

Memorial contributions may be made to: Marks United Methodist Church,PO Box 157
Marks, MS 38646. Kimbro Funeral Home was in charge of arrangements, 662-326-2881, www.KimbroFuneralHome.net

Howard Garner Tubbs, 78, of Courtland,  passed away  Friday, May 15, 2020, at Baptist Memorial Hospital-North Mississippi in Oxford.

Mr. Tubbs was born on September 1, 1941, in Courtland to the late Jimmie Ruth Eubanks Tubbs and Oscar Bennett Tubbs. He worked for Panola County – Beat 3 for many years and also as a supervisor with Accu-Tech Plastics before his retirement.

Mr. Tubbs was a member of Tocowa Baptist Church and attended Shiloh United Methodist Church in Courtland. He was a loving husband, father, and brother who was especially fond of his granddogs, Rebel and Bear, who he would “babysit” on a regular basis.

He was a friend to everyone and will be deeply missed by those who knew and loved him.

He leaves behind his loving family which includes his wife of 55 years, Betty Hawkins Tubbs; his daughter, Mandy Tubbs Mothershed (Kelly); and his brother, Jimmy David Tubbs, all of Courtland. He was preceded in death by his parents and two brothers, Ray Tubbs and Charles Tubbs.

In lieu of flowers, the family requests that memorial contributions be made to Shiloh United Methodist Church, 253 Avery Road, Batesville, MS 38606.

Margot Deane Wingert, 90, passed away Wednesday, May 13, 2020, at the Baptist Memorial Hospital-North Mississippi in Oxford.

The family will have a private inurnment for Margot at a later date.

Margot was born on January 2, 1930, to the late Clyde Edward Jones and Verl Brown Jones in Ottumwa, Iowa.

While living in Batesville, Margot and her late husband, Kenneth Donald Wingert, had three children together and were members of the First United Methodist Church.

She was retired from the IBM Department at Northwest Community College. Margot and Kenneth also managed a Holiday Retirement Corporation.

In her younger days, she enjoyed golf and girls’ trips with her two daughters. She loved to read and was an avid bridge player.

Along with her parents and husband, she is preceded in death by one sister, Barbara Jones.

Those wishing to send a memorial contribution in lieu of flowers may do so to the First United Methodist Church of Batesville, 119 Panola Ave., Batesville MS 38606).