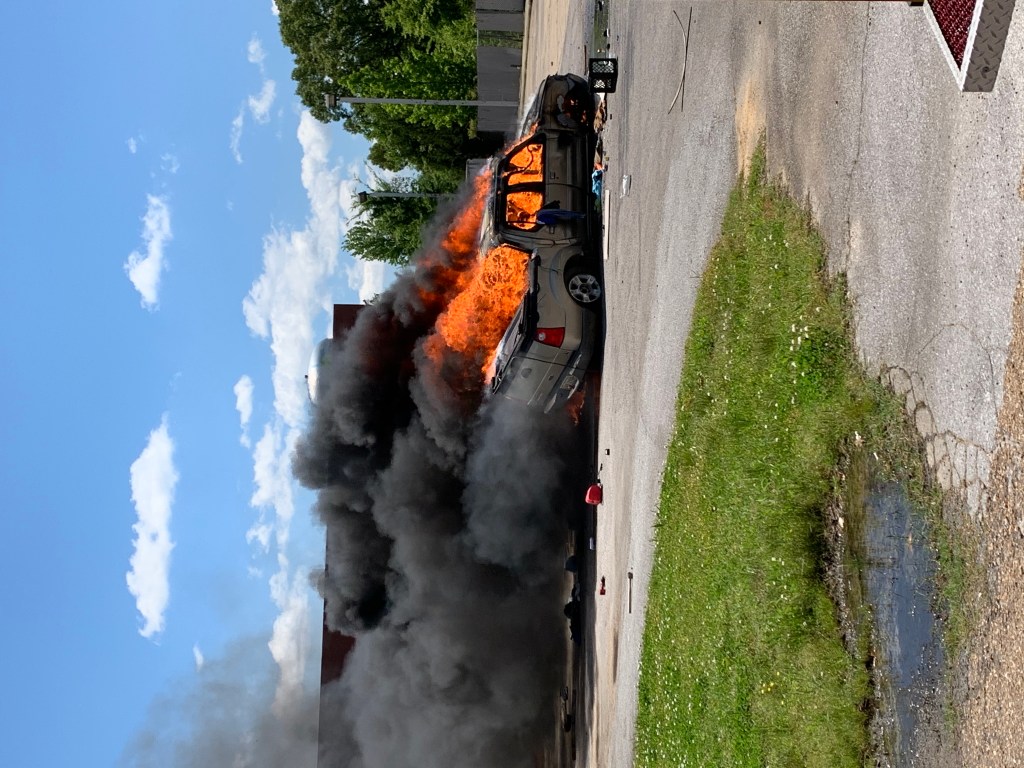 Batesville police have arrested a man at the scene of a fiery crash on Hwy. 51 at the intersection of Eureka Rd.

Police are not releasing the name of the man, or what his charges will be. He was taken for medical observation.

Early reports said the driver was going north on Hwy. 51 when he veered into the southbound lane about where the old UPS building is. He lost control of the truck and it flipped several times before bursting into flames.

More details of the Thursday afternoon conflagration will be forthcoming, police said.

After the accident when officers arrested the man he kicked the side window out of a rear door in the patrol car. That action will result in additional charges, and will be cause for the department to seek restitution for the repairs, police said.