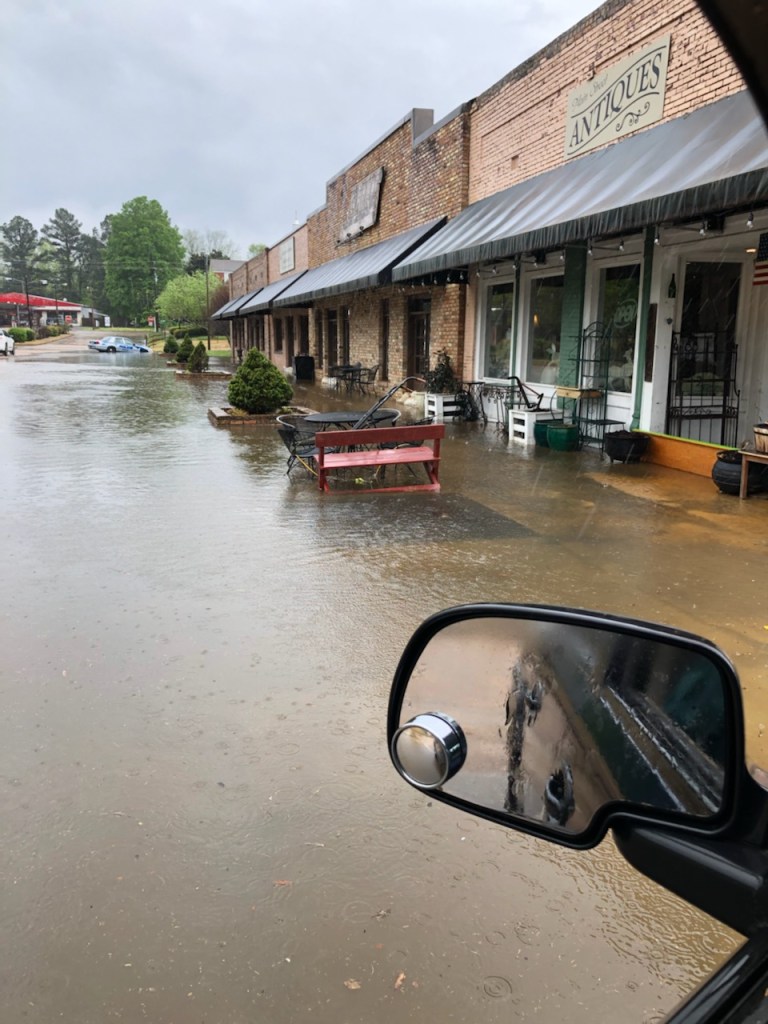 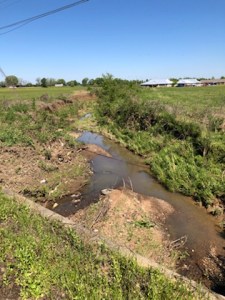 Business owners on Main Street in Como have long complained about flash flooding that inconveniences customers and sometimes reaches their stores.

Flooding on the street was at its worst last Sunday when thunderstorms dumped more than six inches of rain on north Panola County, causing water to reach the insides of several buildings in the town.

One apartment complex and several other residences also had water damages when the skies finally cleared about 11:30 p.m.

Melvin and Carla Crockett, owners of Main St. Antiques, said almost every building on the south end of the street has water damage. He, and others, believe the downtown flooding is made worse because the drainage ditch that is supposed to carry water from the area is overgrown with grass and brush and mostly filled in with dirt and sediment in some areas.

Business and residential property owners have asked the Town of Como and the county’s road department to clean and maintain the ditch for years, but local officials can’t legally do anything to improve its condition because it is owned by the U.S. Army Corps of Engineers and is essentially private property belonging to the federal government.

Located between Hwy. 51 and Como proper, the ditch is actually part of massive drainage system the Corps of Engineers designed as part of the flood control projects that built Sardis, Arkabutla, and Enid Lakes.

The drainage system was designed to carry runoff water from the Como area north to Arkabutla.

“It doesn’t look like it, but Como is higher than Arkabutla and the Corps has this water draining that way,” said District 1 supervisor James Birge. “That ditch really needs to be widened and sloped.”

Birge said Corps officials have been asked to clean and dredge the ditch several times in past years.

The supervisor said the Sunday rains – there were two downpours during the day that caused flooding – had every ditch in the north part of the county filled to capacity. Birge said the intersection of Holston and Lee Jennings Rd. was under water, something no one can remember occurring before last weekend.

Birge said he checked the larger drainage ditch where water flows from several smaller ditches, including Como’s, and it was almost overflowing also. That part of the Corps’ flood control system begins near the Panola-Tate county line.

“There was just nowhere for the water to do,” Birge said.

Business owners were scheduled to meet with officials from the North Delta Planning and Development District this month in hopes of getting some relief.

Corps of Engineers drainage ditches in Como are in need of dredging and clearing. County supervisors, or Como workers, can’t do the work because the ditches are part of the federal flood control system. (Contributed)