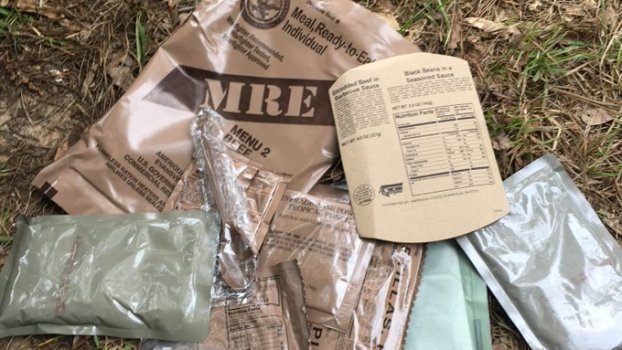 Survivalists, preppers say pandemic is chance for others to learn

We saw this piece posted this morning and wanted to share with Panolian readers.

The virus was far away then, barely registering in the minds of most Kentuckians. People still ate at restaurants and watched basketball and talked about politics and planned for that first Saturday in May.

That all changed, of course. And Sutton was ready for it.

He already had a year’s worth of food, tomatoes and beans picked from his garden and canned in mason jars, along with MREs made for combat troops.

He already owned a box of surgical masks and gloves.

“It’s something you pick up for a few bucks,” he said of those now-coveted supplies. “You toss it in your garage or attic and you don’t think about it, and when times like this happen you think, ‘I already have a box.'”

Sutton, 25, is a father, an independent contractor and a self-described “prepper,” one of 700-plus members of the private Facebook group Kentucky Preppers Network. “Preppers” believe a catastrophic disaster or emergency is likely and prepare for it.

Turns out they were right.

Sutton and others like him in Kentucky and across the country were stocked up on supplies well before people rushed to strip store aisles bare of toilet paper and guns and bread flour, before efforts to slow the virus’ spread involved limited or shuttered businesses and calls for social distancing.

He and his fellow preppers have been called survivalists, hoarders, conspiracy theorists living in remote bunkers waiting for the world to end.

But this isn’t the time to be smug toward those who derided them, Sutton and others said.

Instead, they see this pandemic as their chance to help their neighbors and teach the larger community about ways they can prepare for the next time.

“A prepper is like a boy scout,” said Dan Brown, founder of the preppers Facebook group and owner of This Old Prepper supply shop in Richmond, Kentucky, about 30 miles south of Lexington. “They keep to themselves, help others when they can, receive help if they need it, share and teach skills to each other.

A Texas native, Brown opened his shop in 2013 in a hard-to-find white building near a self-storage business and a bingo hall.

It’s a “one-man operation,” he said, primarily conceived to pass along lessons born from his country upbringing and honed over the years.

He sells things like water filters, fire-starters and surgical gut suture. He doesn’t keep much in stock.

“It’s not about the money or business. It’s more interacting and helping people learn to get by on their own or keep their families fed. It’s not an organized thing whatsoever.”

The prepping lifestyle, though, has become big business. An estimated 3.7 million Americans are either preppers or survivalists, according to a 2013 article from 24/7 Wall St., and they have fueled a multibillion-dollar industry that has seen unprecedented growth amid the coronavirus outbreak.

“Right now, in this environment, everyone’s a prepper,” said Paul Fulton, president of The Ready Store in Lehi, Utah, which sells everything from freeze-dried foods to water storage and emergency gear. “I’ve never seen anything like this.”

Demand for some food items — like canned meals or buckets of freeze-dried, dehydrated food — has increased by 2,000% since January, Fulton estimated.

The company has met some delays in getting food from processing plants, but there have been no shortages yet.

“People wait until it’s too late, and when it’s too late, no one can get food quickly enough,” Fulton said. “Get ready before the disaster happens. Fix your roof while the sun’s shining.”

While the virus has left prepper supply stores struggling to meet the demand, it’s also put an uncomfortable spotlight on the prepping community.

Preppers, by and large, are somewhat leery of attention, in part because of how they’ve been portrayed as fringe members of society in shows like “Doomsday Preppers” on the National Geographic Channel. (Preppers interviewed for this story hate that show but acknowledge it’s not entirely inaccurate either.)

They also don’t exactly want to advertise that they are flush with supplies in the middle of a national emergency.

“Because they are private folk, they get looked at differently,” Brown said. “That’s why a lot of people won’t tell you they’re a prepper.”

Most in the Kentucky group have a similar origin story, Sutton said. They grew up in the country, learned out of necessity how to hunt and fish, to grow and can food, to feed their families if and when work dried up.

The term “prepping” just put a name to what they were already doing.

“We are normal people,” he said. “Nothing separates us from anyone else, with the exception of we can look ahead.”

The prepper group started monitoring COVID-19 news out of China in late December. Most realized it was only a matter of time before it came to America.

“It may or may not affect me adversely,” Sutton remembered thinking. “But at the same time, I have a mom and dad and grandparents. I have to worry about them.”

Since its rapid spread, “it’s kind of been like shelter-in-place,” he said.

He’s been to the grocery store twice to buy milk and eggs. He hasn’t needed much else.

He and his fellow preppers have reached out to family, friends and neighbors to see if they need help or supplies. From a 50-count box of N95 masks he owned, he said he has four left — the rest went to elderly neighbors or friends who are first responders or who work in nursing homes.

“Prepping,” he said, “isn’t about being selfish.”

More on preppers: 8 things preppers recommend to get you through the coronavirus crisis

Doctors and nurses were busy Saturday at Panola Medical Center, along with all of the hospital’s staff. Chris Ware updated... read more