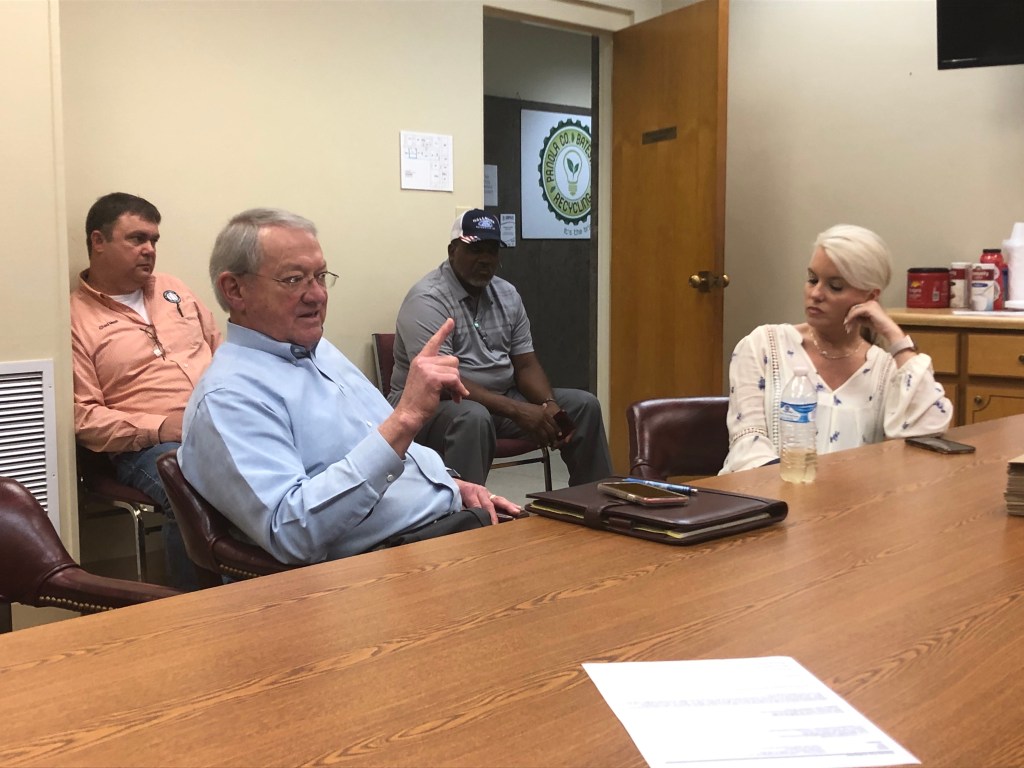 In a joint meeting of officials representing the City of Batesville and Panola County, guidelines for the operation of city hall and the courthouses, along with various other local offices and services were set in a Thursday afternoon gathering at the Batesville Courthouse.

The City of Batesville has closed City Hall effective Thursday morning and those employees are working half-staff. Karr said he has met with all city department heads and instructed them to divide their employees and send half of those home beginning Thursday.

Berryhill said payments can still be made for city services by phone. All city business can be completed as normal just slower. Customers can best take care of necessary business by calling City Hall first.

City and county officials said they are reminding everyone sent home from work that they are on call and may be told to return to their post if another worker falls ill. Workers are sent home to quarantine, they said, and not to be on vacation. All employees will be paid as normal for now in both the county and city.

The supervisors debated for an hour before deciding to shut down the courthouses to public traffic at both Sardis and Batesville with no public access.

Some county department heads are choosing to leave part of their employees at the Sardis office, and Phelps said he will post a deputy outside to inform anyone coming to the courthouse about the closure and will instruct them how to best reach the office they need,

In Batesville, anyone needing courthouse access for business will need to make an appointment by calling the office they need. People needing car tags, to pay property tax, or any other other business will still be served, but entry to the courthouse will be very restricted, or the business handled by mail only.

Chancery and Circuit Courts will continue to be held, but only people directly involved with a case will be allowed in the courtroom.

Pitcock said he has authorized the county’s land record software vendor to publish the records online so people can perform searches online. Access to those records are forthcoming and should be available by the end of the week.

The supervisors and others talked about the need for restaurants and stores to be closed, but did not make a move to restrict those kinds of businesses. Almost all the neighboring cities and counties have made stricter guidelines, including shuttering restaurants for in-house dining.

Panola Medical Center COO Chris Ware said the hospital has continued to perform screenings for the coronavirus today, but have no reports of positive tests received since the one reported early Thursday. EO Director Daniel Cole said he expects more results Friday.

At the conclusion of the meeting, Board President Cole Flint asked that all department heads stress to their employees that everyone should strictly adhere to the guidelines set by the Governor of Mississippi and the President of the United States, including social distancing of at least six feet and no more than 10 people together in one room.