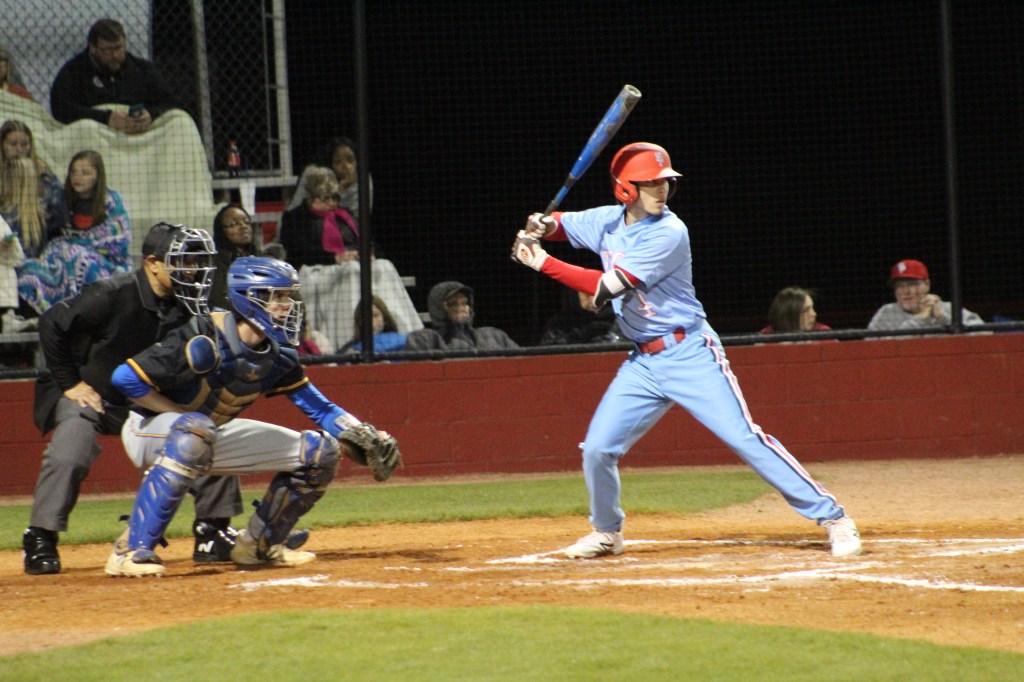 With two weeks left before the start of district play, the South Panola baseball Tigers will be looking for some momentum before taking a trip to the Gulf Coast for games during Spring Break this week.

The Tigers rebounded from a 6-2 loss to Oxford Friday with a 11-9 road win at Grenada Saturday to improve their record to 4-3 on the season.

South Panola took a 11-2 lead into the sixth inning before Grenada erupted for seven runs in the bottom half of the frame, but was held scoreless in the seventh.

The Tigers collected seven hits on the day and took advantage of nine walks by the Charger pitching staff. Mari Boyd led the way with with two singles and his second home run of the season while driving in three runs.

Wes Morgan delivered a single, double and drove in a run while Dre’ Moore added a single and two RBI’s. Denver Brown and John Culp scored two runs each while Jordan McCollins and Keshaun Lantern added a run.

Tate Anderson picked up the win in relief of Brown by going 5 2/3 innings, with six strikeouts and four walks while giving up six hits. Boyd closed out the game by getting the final out and earning the save.

The Tigers will take on Harrison Central tonight at 7:30 p.m. before facing West Harrison tomorrow at 4:30 p.m. at MGM Stadium in Biloxi.

They will close out the three-game series Friday at West Harrison High School against West Lauderdale beginning at noon.

The Tigers received their second dominate pitching performance in a row as Dawson Griffin fanned 13 batters in a complete game 4-1 victory over Senatobia last Tuesday (March 2).

The win came on the heels of sophomore Tate Anderson’s 14 strikeouts in a 7-1 win over Cleveland Central.

Griffin scattered three hits while walking one batter to improve his record to 2-0 on the season. South Panola moved to 3-2 on the year.

Wes Morgan led the Tigers at the plate with three singles and a run while Bowen Williams added two singles. Caleb White had a single and  solo home run in the Tiger win.

Mari Boyd proved a RBI double with Gage Heath adding a single and a run scored.