Rose Mary Beard, 75, died Wednesday, Jan. 15, 2020, at Baptist Memorial Hospital of North MS in Oxford. She was the widow of the late Douglas W. Beard.

Funeral services will be at 2 p.m. Saturday, Jan. 18,  in the Martin Willingham Memorial Chapel of Wells Funeral Home with interment to follow at Chapel Hill Cemetery in Pope. The family will receive friends today (Jan. 17) from 5 to 8 p.m. at Wells Funeral Home.

She was born July 12, 1944 in Sardis, worked for Panola Mills in Batesville, and later became a CNA. She was a member of Pope Baptist Church.

Visitation was Sunday Jan. 12,  and funeral services immediately followed at First Baptist Church in Tutwiler.  Burial was at Woodlawn Cemetery in Sumner under the direction of Meredith-Nowell Funeral Home in Clarksdale. 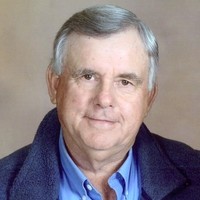 The family celebrated Garry’s life Thursday afternoon, Jan.16, in the sanctuary of the First Baptist Church in Batesville. Interment followed at Magnolia Cemetery. The family received friends Wednesday evening at Wells Funeral Home and prior to the service at the church on Thursday.

Garry was born June 10, 1951 in Lambert,  to Katherine Russell Cannon and the late Wilburn Winford Cannon. He was a farmer and very active member of the First Baptist Church in Batesville,  where he loved his Bible Study classes.

Earlier in life, Garry was an avid duck and deer hunter, but later in life, he laid down his guns for a fishing pole. Garry lived his life for Christ, influencing and touching the lives of everyone around him. He loved to help others and did so selflessly.

He brought laughter and joy to each and every person he came in contact with. He loved to joke and brighten people’s day with laughter. Garry was a kind and loving husband, father, grandfather and brother. Garry received his greatest joy while spending time and loving on his grandchildren.

The family would like any memorial contributions to be sent to the First Baptist Church Missions Fund or to the charity of the donor’s choice.

Funeral services were Wednesday, Jan. 15, in the Martin

Willingham Memorial Chapel of Wells Funeral Home. Burial was at

She was a homemaker and member of the Eureka United Methodist Church. When she was wasn’t raising her family, Annie enjoyed crocheting and working word search puzzles.

Annie will be most remembered by her loving family which includes her daughter, Carrie Ann Cosby Davis of Batesville; three sons, Robert L. Cosby, Jr., (Sheila), 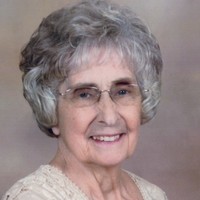 Mamie was born April 7, 1938 in Houston, MS to the late Vester and Vivian Nabors Franks. She was a 1958 graduate of Houston High School and was a member of the Houston Hilltopperette Basketball and Track Teams. Mamie was selected as Most Athletic her senior year at Houston High School.

After the death of her first husband, William “Billy” Neal, Mamie and her two sons moved to Batesville in 1983. She soon began working for South Panola Community Hospital and later began working for Wells Funeral Home as a night hostess during visitations.

Mamie was a fixture at Wells Funeral Home for over 30 years where she assisted families and friends with dignity and respect. She has been an active and faithful member of the First Baptist Church since moving to Batesville. Her kind and jovial personality will be greatly missed by her family and community.

Along with her parents and first husband, Mamie was preceded in death by her brother, Frank Neal.

She was born in a log cabin on March 9, 1931, the third of 11 children of sharecroppers Henry and Grace Wright. They picked cotton and poke salad. You couldn’t eat cotton, but you could eat poke salad – as well as possums, coons, turtles, and frogs.

She walked barefoot to school in Black Jack,  and graduated Valedictorian two months after her sixteenth birthday in 1947. The following month she married Martin Emanuel Jones JR., a WWII Navy veteran who had left at age 17 to fight in the Pacific.  They were together 70 years, until his death in 2017.

Hazel enjoyed politics, genealogy, and volunteerism. In 1972, she was a Tennessee delegate to the Democratic National Convention in Miami. She also worked on several mayoral campaigns with Robert “Prince Mongo” Hodges in Memphis.

More lottery tickets were sold in Batesville and Panola County during the first month the scratch-offs were available than... read more